Calling for a Real Townhall with Senator Toomey 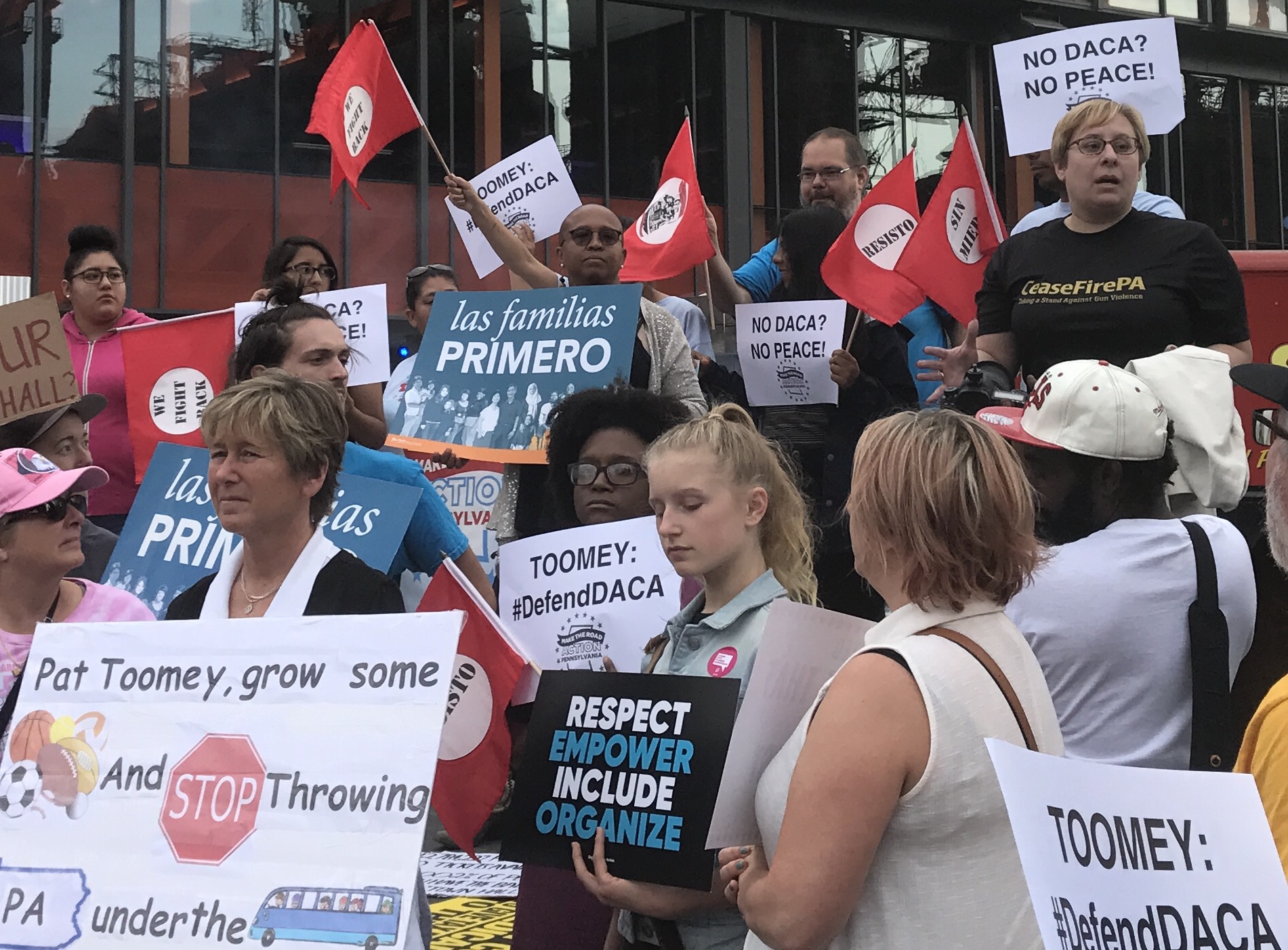 Last night, we participated in a protest outside the tv station where Senator Toomey was holding a televised townhall, a townhall with only 54 audience members. Of those 54, 30 tickets had been generally available to the public.  Power Northeast called for a gathering to demonstrate the need for a real townhall, and we joined in.  A large group was present and heard speakers who focused on discrimination, health care, DACA, and gun policy.

Earlier in the day, we had urged folks across PA to call Senator Toomey and ask him to answer two questions during the townhall: when would he renew the push to enact a comprehensive background check law and would he oppose mandatory concealed carry reciprocity.