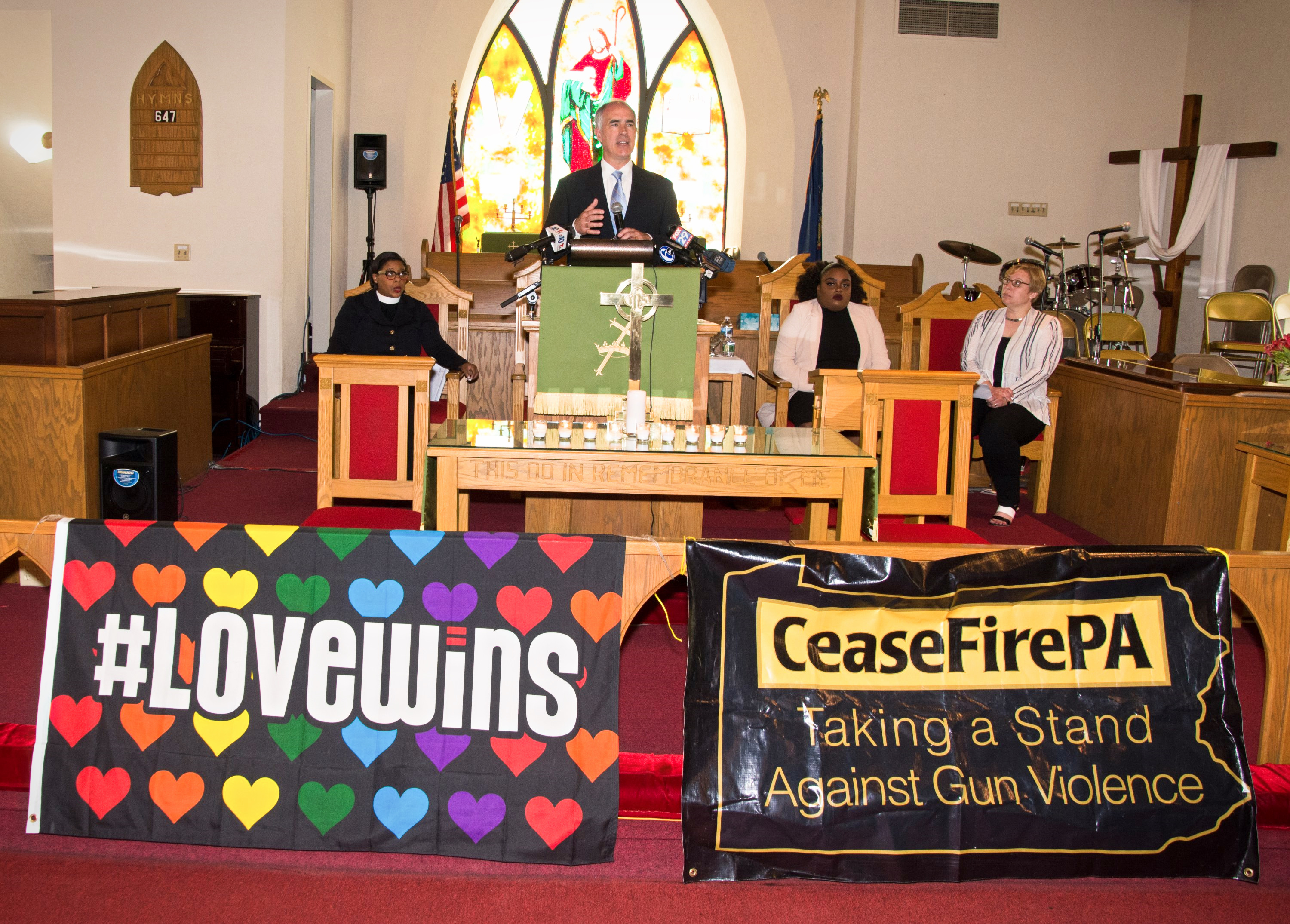 CeaseFirePA Executive Director Shira Goodman stood with Reverend Carolyn Canvaness and Senator Bob Casey urging Congress to pass legislation which would prohibit gun ownership for those convicted of hate crimes.  Senator Casey said, “If you’ve been convicted of a crime based on hate, you should have zero access to a gun.  It’s not complicated.”  The Senator advocated and urged for the passage of the Disarm Hate Act which has been introduced by Casey and Senator David Cicilline (D-RI-01)

We would also like to give a special thanks to Reverend Cavaness, who serves as the first woman pastor of the 120 year old Bethel African Methodist Episcopal Church in Ardmore. We truly appreciate you opening Bethel AME’s church doors to us and joining in on the fight to #Disarmhate