A Message from A Great Supporter on Giving Tuesday 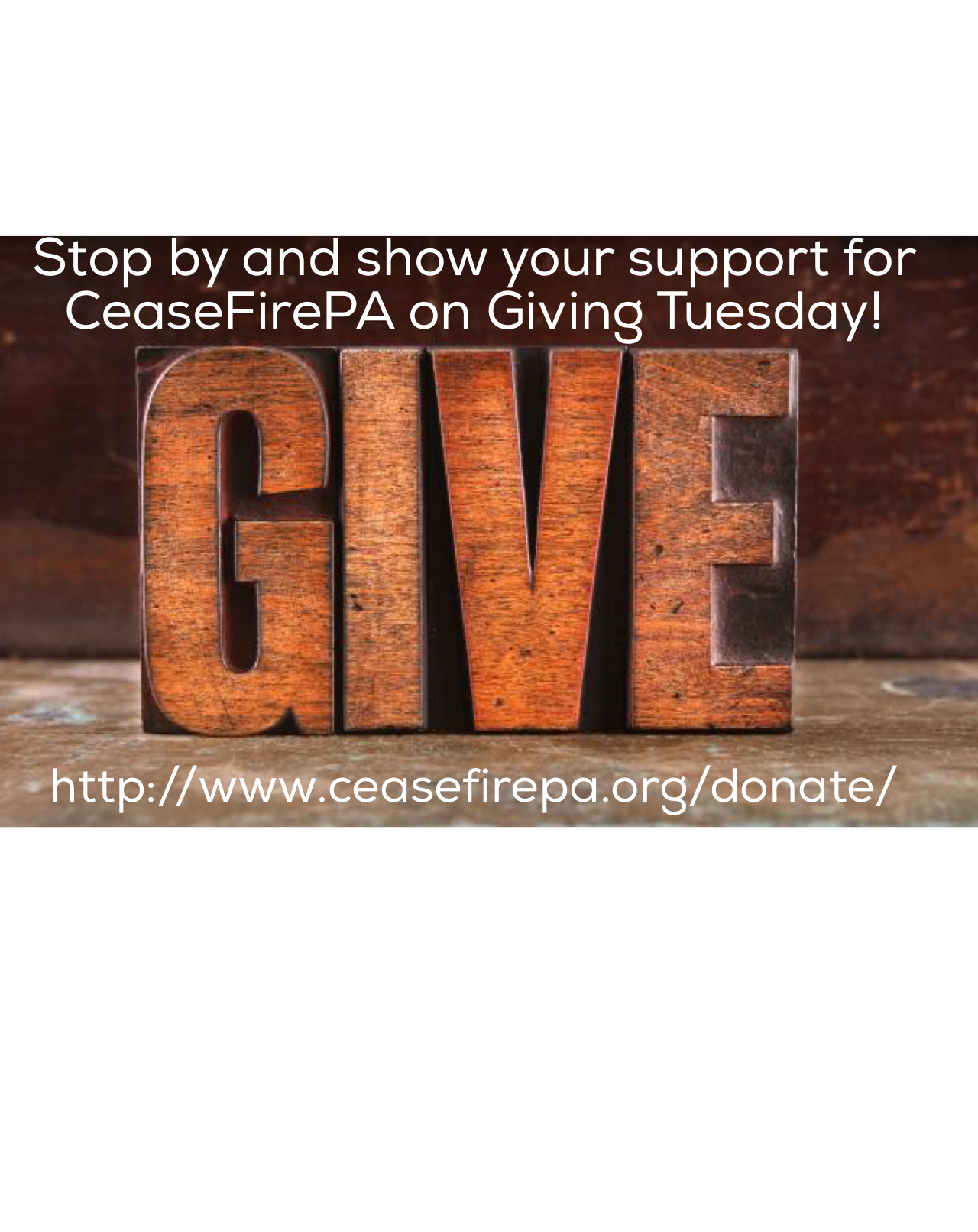 Today is Giving Tuesday, and marks the start of the end-of year-fundraising season. I hope you’ll join me and chip in to help CeaseFirePA meet their year end goal.
I know you’re getting a lot of asks, but let me tell you a little bit about why I’m choosing CeaseFirePA this year.
I’ve had enough, and it’s time to take action.  To win, we need to be in the fight — with our voices, our votes and our dollars.
Guns and gun violence affect all of us, no matter where we live. Just this weekend we saw gun violence and murder used to make a political statement at Planned Parenthood in Colorado Springs, end the life of a police office in Western Pennsylvania responding to a domestic dispute call, and take the life of a family in a murder-suicide in Montgomery County.  And what about the stories that don’t make the headlines: ten people were shot in Philadelphia over the holiday weekend, and this was repeated in cities across America.
CeaseFirePA is working everyday to help curb gun violence. They’re fighting to keep illegal guns off our streets and to keep guns out of the hands of those who should not have them. They’re often outspent but that doesn’t stop them from racking up wins, like defeating the NRA in court and getting Act 192 struck down.
I believe in this work, so I’m choosing CeaseFirePA on Giving Tuesday. I hope you’ll join me and make a contribution to CeaseFirePA. They need us standing with them.
Thanks.