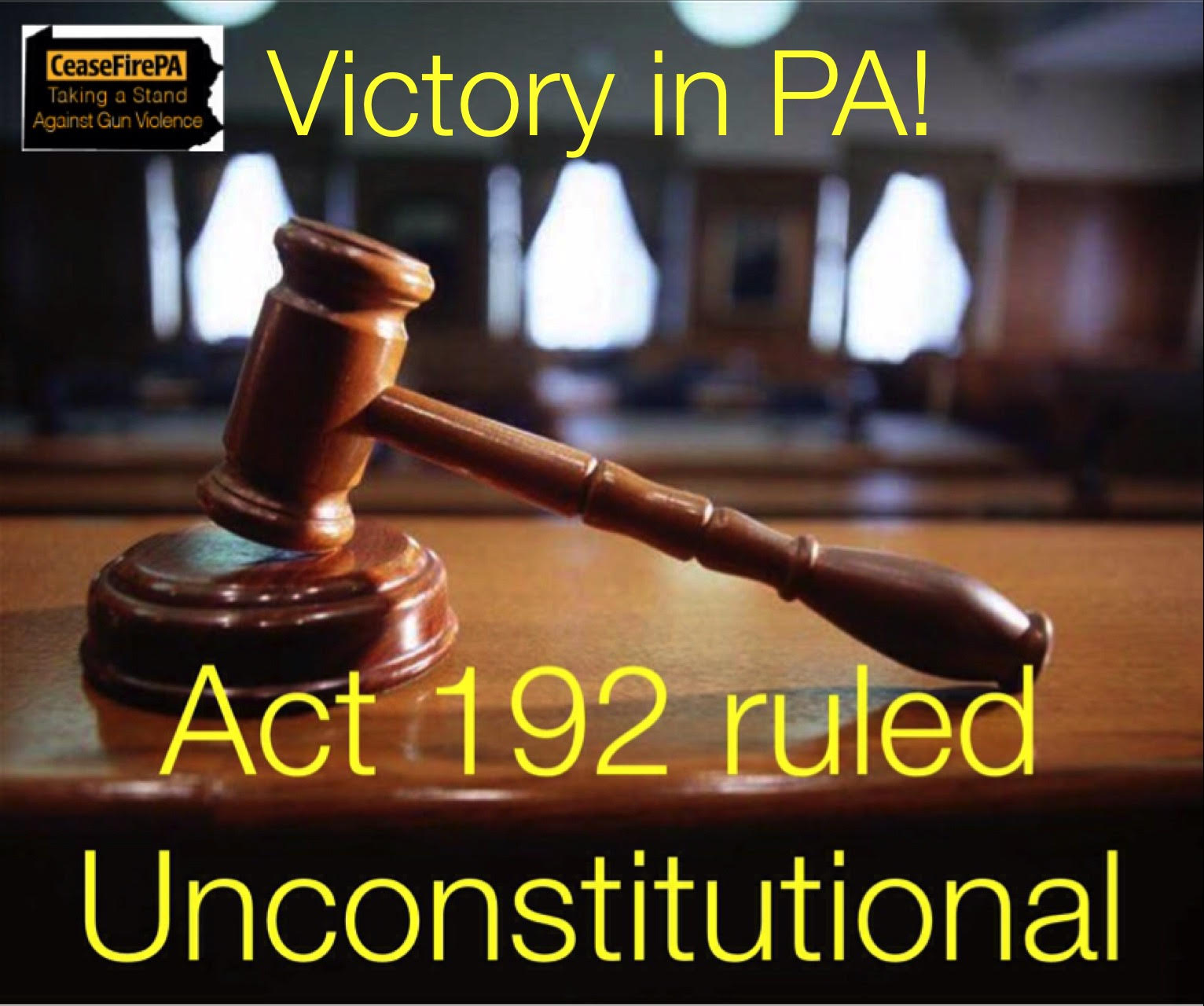 [content_block id=3408 slug=home-page-slider-greedy-gun-lobby]Yesterday the Pennsylvania Commonwealth Court issued a vital opinion which struck down Act 192.  Act 192 was a piece of legislation passed by the previous legislature and signed into law by former Governor Tom Corbett.  The bill was incredibly controversial not only in what it did but how it was passed.

Act 192 allowed any group that counted as a member a Pennsylvanian legally allowed to  to own a gun, to sue any town or city that had enacted its own laws pertaining to firearms.  These laws could be mandatory reporting of lost or stolen firearms or even the inability to carry guns in a public park.  Moreover, the groups who levied these suits would have been eligible to recoup their costs in the event of a victory.

Regardless of the contents of the legislation the way in which it was passed was dubious. Yesterday’s decision makes clear that it was not only dubious but blatantly unconstitutional.  Powerful lobbying efforts had consistently failed to pass this kind of legislation on its own.  As a result, the legislature attached an amendment to a bill that penalized the theft of scrap metal.  The fact that giving groups the ability to sue a town and the theft of scrap metal had nothing to do with each other did not bother the legislature.

CeaseFirePA worked with State Senator Daylin Leach to gather a group of concerned lawmakers and three cities to file a lawsuit against the legislature.  Their position was that Act 192 violated what is referred to as the single subject rule.  This rule is found in Article III, Section 3 of the Pennsylvania Constitution and says, “No bill shall be passed containing more than one subject, which shall be clearly express[ed] in its title…”

Philadelphia Mayor Michael Nutter said in a statement, ““The Commonwealth Court’s decision today in the Leach [v. Commonwealth] case is a great victory for cities, for public safety, and for good government.   He also went on to call CeaseFirePA, “[an] incredibly valuable advocacy organization which was instrumental in shaping this litigation.  Below, are links to the court’s full opinion and Mayor Nutter’s statement.