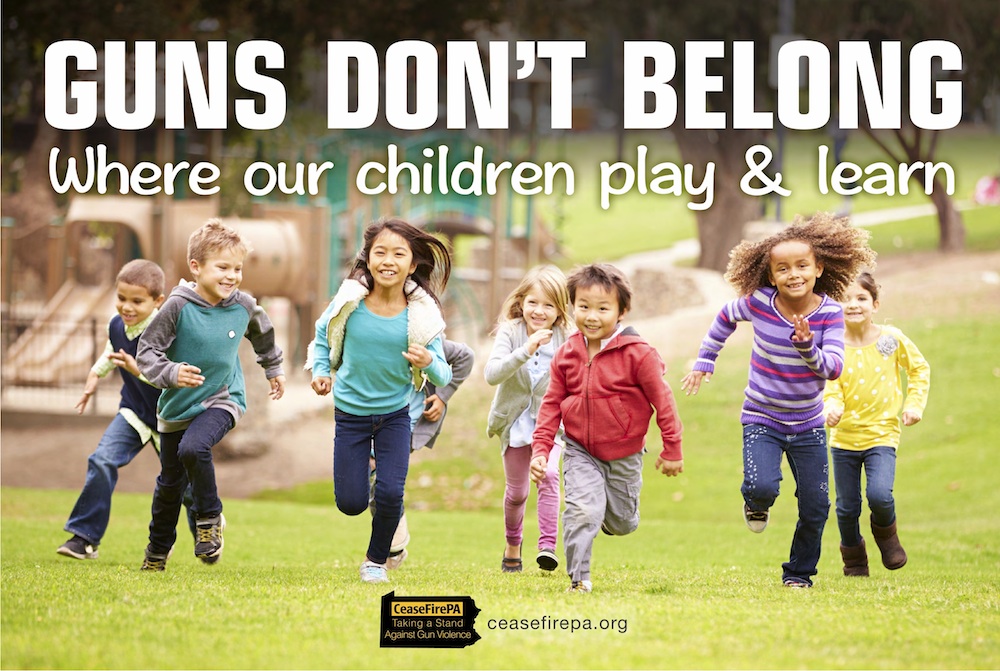 CeaseFirePA stands with Lower Merion residents and leaders who oppose today’s “open carry” rally in Bala Cynwyd Park.  Gun groups from outside the area called on their members to converge on the Park to intimidate Lower Merion into changing its local ordinance about guns in parks.  The vocal opposition by local leaders, residents and neighbors and their unified stance against having guns brought into places where children play has sent a clear message, but the gun bullies have refused to heed it.

This is part of the gun lobby’s effort to achieve a ‘guns for anyone, anywhere, anytime’ agenda.  Local officials should be able to work with their police chiefs to make rules that work for their towns.  It is their responsibility to protect their communities, not to please firearm activists.

Lower Merion has answered firmly that it doesn’t want guns where our kids play.  So, today, families are staying home.  Their absence from the Park demonstrates their anger at and distaste for the intimidating show put on by the gun groups.

We had hoped to hold a different kind of event to demonstrate what our parks are really for — an event that would bring families together for fun and relaxation.  However, in light of the recent revelations about the tragic death of an area teenager who committed suicide with his father’s firearm, we concluded that holding such an event now would have been terribly insensitive. Regretfully, the gun groups did not come to the same conclusion.

CeaseFirePA stands firmly with Pennsylvanians and local leaders working hard to protect their communities.  We will not give in to bullying tactics, and we will not respond to the gun groups’ attempts to provoke a confrontation. Instead, we will continue to make our voices heard — in conversations with our neighbors, through outreach to our legislators and through our messages to the public and the media.