From Frustration to Inspiration 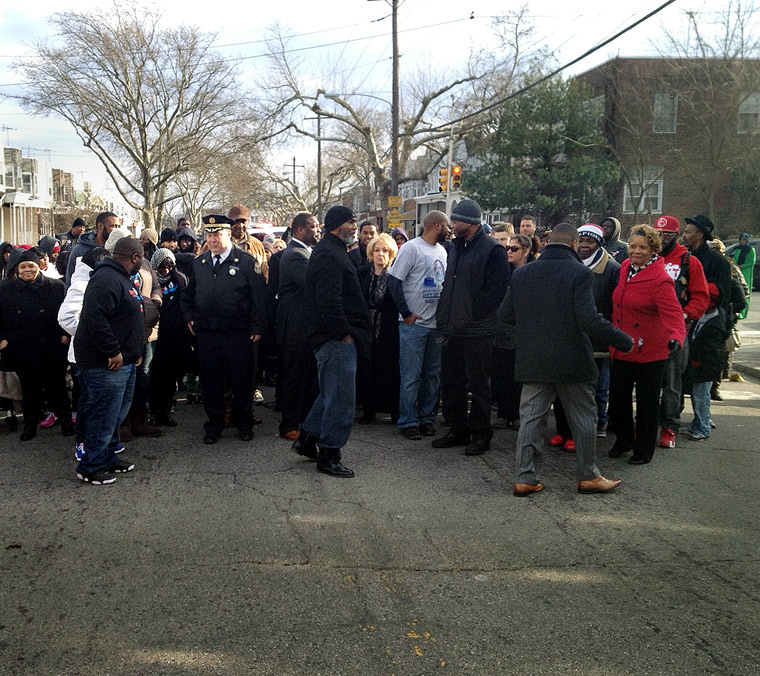 Late Friday afternoon, when I heard about the shooting at Delaware Valley Charter High School in Philadelphia, I was frustrated and angry. This shooting followed a week that saw a school shooting in New Mexico, shootings in a movie theater and grocery store, multiple cases of parents killing their children and themselves, and a shooting of a four year-old by his four year-old cousin with a gun found in the home. Later that night, two gun murders occurred in Southwest Philadelphia — both blocks and minutes apart. This was the lead in to the weekend before we were to observe the birthday of Dr. Martin Luther King, Jr.

And you may not have even heard about all these incidents, because we as a society are becoming numb. It’s just more of the same. Well, that is simply unacceptable. These shootings must not be allowed to become  business as usual. Every one of these shootings has created new victims, and for those people and their loved ones, this is far from normal or acceptable or routine.

On Monday, I had the honor of joining City Councilman Kenyatta Johnson in a march against gun violence. We joined more than 100 residents of Southwest Philadelphia to march between the sites of the two Friday night murders. As we took back those streets and — in the words of one of the pastors who addressed the crowd — made the ground and atmosphere holy with our lives and will to live — I was inspired.  Even the mothers of the two most recent victims came to stand with their neighbors and proclaim that Enough is Enough. Their strength and the determination of their neighbors is shared by people all over Pennsylvania.  In Pittsburgh a similar rally was held Saturday to call for justice for a baby who was shot late last spring.

The shootings Monday night at Widener University and at Purdue University today must not dampen our resolve — we are right to keep fighting, especially to keep guns off our college and school campuses.

Every time we come together, I know we will prevail. Our voices our growing louder, our numbers are increasing. We are on the right path, and we will succeed.

Thank you for all you do.