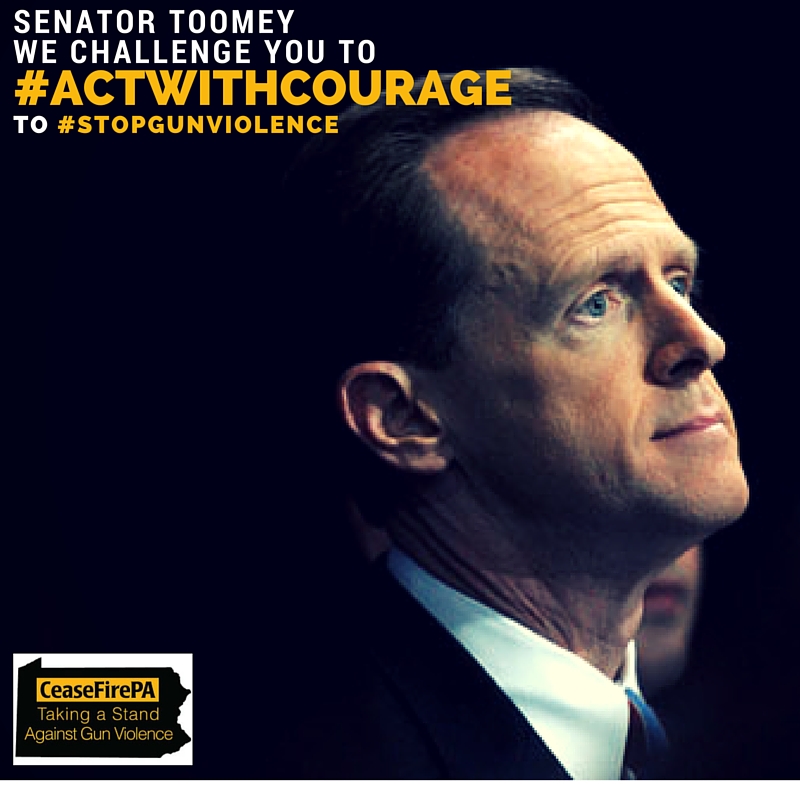 Congress has not acted to pass a single sensible gun law since the Sandy Hook tragedy, despite the ongoing shootings at schools, churches, movie theaters and the daily toll of gun violence that plagues our communities.

We appreciate Senator Toomey’s leadership in the immediate aftermath of Sandy Hook.  But one attempt at reform isn’t enough.  We need Senator Toomey to step up and support this new commonsense package.  We need him talking about this issue, we need him to convince his colleagues to join him, and we need his vote.

Please take the time to call, write, email, facebook, or tweet Senator Toomey letting him know how important this issue is to you.