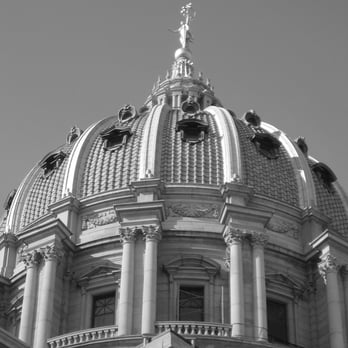 The May 22 Public Hearing on Pennsylvania firearm laws and public safety was hosted by republican Chairman Ronald Marsico. This provided a forum for nine individuals belonging to various gun related organizations to voice their diverse opinions on gun laws to the Judiciary Committee. Many issues were brought up during the hearing including domestic abuse, suicide, and school safety. Marybeth Christiansen of Moms Demand Action emphasized the importance of SB 501 Domestic Violence Protection Bill. Currently, a convicted abuser has 60 days to turn over his firearm to whomever he wants. Mrs. Christiansen  told heart wrenching stories of domestic abuse cases where deaths could have been prevented if SB 501 was in place. SB 501 would require a firearm turnover between 1-2 days, and for the firearm to go to “law enforcement, to a licensed gun dealer, or in the case of a final PFA, to an attorney”. Shira Goodman, Executive Director of CeaseFirePA highlighted Rep. Stephens’ Red Flag Bill to establish an Extreme Risk Protection Order. The Bill’s purpose is to temporarily take away a person’s gun or prevent them from purchasing a firearm for up to one year if the person shows warning signs of being a potential risk to themselves or to others. If the person no longer poses as a threat, or the crisis has passed, the gun may be returned without extensive processing. Mrs. Goodman addressed fact that suicide is often a snap judgement, and by having individuals live without the presence of a firearm can lead to fewer impulsive actions, may also serve as a wake up call to seek help. Opinions regarding how to avert gun violence in schools ranged across the board, from  Joshua Prince, Esq. and Rep. Rick Saccone who argued that schools should be “hardened”. They recommended that teachers be armed, and students were taught how to handle guns if necessary. Madeleine Dean, whose ideas had clashed with theirs on most other aspects of gun regulations, agreed that educating children on firearm safety has become a necessity. Committee members will discuss the issues presented during Tuesday’s hearing, and will hopefully release progressive legislation ensuring further public safety from gun violence.