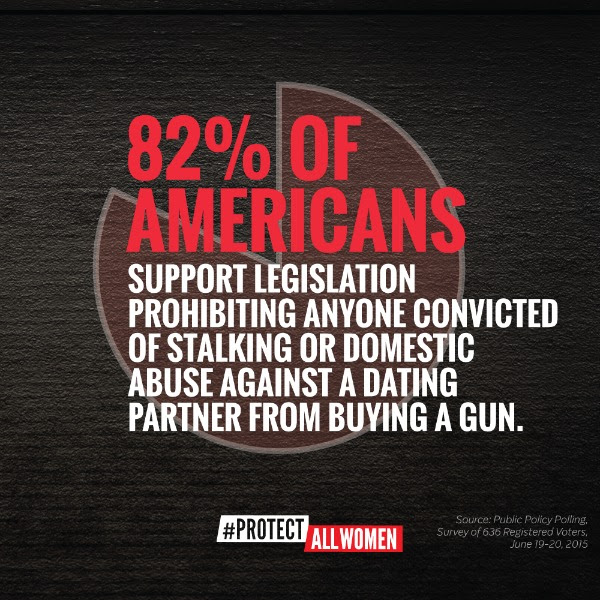 Between 2001 and 2012, 6,410 women were murdered in the United States by an intimate partner using a gun.  That’s more than the total number of U.S. troops killed in action during the wars in Iraq and Afghanistan combined.  Women in the United States are more likely than women in any other high-income country to be murdered with a gun, but it doesn’t have to be this way.  Gun violence is just one part of domestic violence, but there are common sense reforms we can make to help protect woman from all forms of abuse and end domestic abuse.  There is bipartisan legislation in both the House and the Senate to protect domestic abuse and stalking victims.  For more on what we can do to end domestic violence visit ProtectAllWomen.org, then join the conversation using #EndDVNow and #ProtectAllWomen.