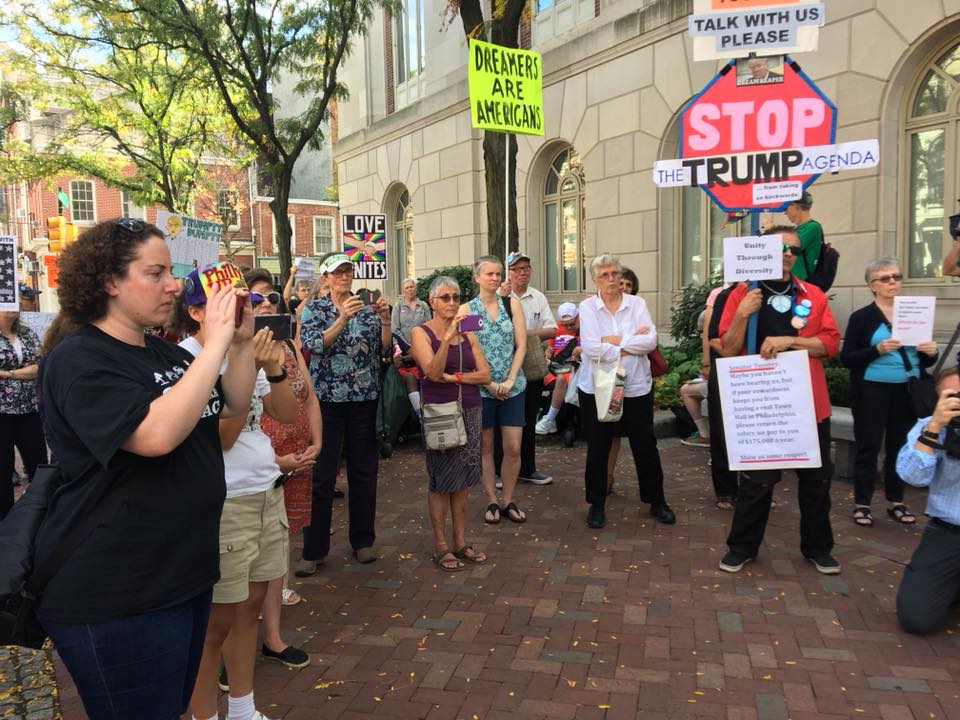 Today CeaseFirePA joined with Tuesdays with Toomey groups to speak outside Senator Toomey’s offices throughout the Commonwealth. With the Las Vegas massacre just days ago, the focus of the events were on sensible gun laws and calling Senator Toomey to action. Executive Director Shira Goodman spoke in Philadelphia, Board Member Fritz Walker in Allentown, Program Director Jeff Dempsey in Harrisburg, and Organizing Director Rob Conroy in Pittsburgh. Our message was clear throughout: CeaseFirePA believes that if Senator Toomey wants to be known as a champion of commonsense gun policy, he must step up and lead. Now is the time to bring members of his party to the table to work for meaningful reform and to reach across the aisle to get this done.  We are calling on him to do so.