What CeaseFire Pennsylvania asked the candidates for Philly’s DA 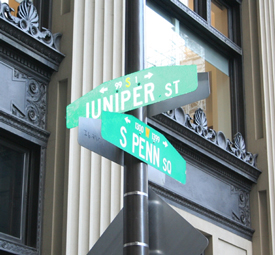 CeaseFire Pennsylvania, the advocacy arm of CeaseFirePA, sent all of the District Attorney candidates a question to answer.  The question was;

How do you intend to use the Office of District Attorney to reduce gun violence and gun tragedies, stop the flow of illegal guns into our communities, and keep guns out of the hands of those who should not have them?
Here are the responses that we received;
RICH NEGRIN 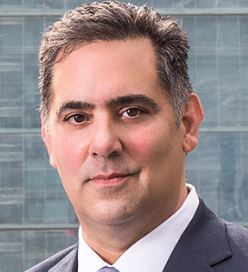 “Gun violence is not an abstract concept to me. When I was 13 years old my father was brutally murdered in front of me, slain by a MAC-10 machine gun that. My whole life was changed at that moment, and a strong commitment to ending gun violence has been an integral part of my personal life and career, and I’m proud to have served on the board of CeasefirePA
We need to be smarter about solving the problem of gun violence. I support universal background checks, closing the gun show loophole, and banning magazines we have no need for.
At the same time, if we’re going to do something about guns, we need to make our kids feel empowered. That’s why I think they pick them up, to begin with. It’s not just about gun control, but about respect, a chance for self-determination. We need to change gun policies, but we need to give kids hope and an alternative to grabbing a gun to feel safe and empowered.
That’s why I will implement a community-focused approach to the DA’s office. I want to create an office that will not just work toward public safety but will also work to proactively prevent crime. The way to make a difference, and the way have made a difference in Philadelphia — we dropped the homicide rate more than 36 percent — is by having true community approach. “Foot patrols” are an example of what we need a lot more of, which is direct, positive communication and credibility between police and community.

Having successfully represented Heeding God’s Call (a group of Philadelphia clergy who advocate with their congregations to reduce gun crime and gun violence) pro bono when they were arrested for their non-violent efforts at Colosimo’s Gun Shop, I am very familiar with these issues and creative approaches to these issues.  I am also informed by 30 years in the criminal courts.
The smaller picture includes enforcing the local requirement that ‘lost or stolen’ firearms be reported quickly (as we know that this is the usual excuse for a firearm that is sold on the street) and proactively investigating and holding accountable gun shops in Philadelphia.  It includes proactive interstate cooperation in tracking the flow of guns into Philadelphia from gun shows in other states where possible.  Frequently this involves rental vehicles loaded with firearms that appear in Philadelphia and quickly sell out their contents to street purchasers.  It also includes effective use of violence interruption and focused deterrence (that is purged of racist risk factors and unconstitutional notions of guilt by association).  Federal cooperation in appropriate cases is also a key.
The bigger picture is prevention.  Enforcement alone is failing.  Young men who drop out of school and lose hope pick up guns and use them.  Education is key.  Treatment of addiction rather than incarceration of addicts is key.  Jobs are key.

As the only candidate who has addressed this issue as a federal prosecutor, I will ensure that the District Attorney’s Office fights this battle on every front. Through Project Safe Neighborhoods, I successfully coordinated an interagency effort to reduce gun violence in Philadelphia by focusing on the most dangerous offenders in our communities, those at risk to kill or be killed by gun violence. And we were not simply satisfied once we obtained convictions for violations of firearms laws. We built larger investigations, often with the cooperation of those we’d prosecuted, in order to shut down illegal gun trafficking and solve and prevent homicides. And for several young men that I prosecuted for gun crimes, after they completed their prison sentences, I helped them with their re-entry into society. Setting them up for success wasn’t just good for them and their families — by preventing them from returning to gun and violent crimes, we keep Philadelphia safer. This is just one of the many preventative steps we took at the US Attorney’s Office that I will implement at the DA’s Office. And while we are being proactive in being smarter on crime, I will lobby for stricter gun laws, and pursue tougher sentences for repeat violent offenders. Pennsylvania should expand its mandatory background checks to include long gun sales, and strengthen penalties for straw purchasing.