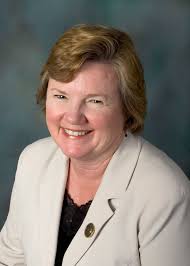 Monday October 10, 2016, Philadelphia — Today, CeaseFire Pennsylvania unfortunately must withdraw a recommendation previously issued in a race for the 61st legislative district.  Last month, CeaseFire Pennsylvania recommended incumbent Rep. Kate Harper based on her 2014 votes for expanding background checks to cover the private sale of long guns (HB 1010) and against the special standing/punitive preemption legislation that granted a special right to groups like the NRA to sue Pennsylvania towns (Act 192) .  As the legislature is considering reenacting the provisions of Act 192 following the Supreme Court’s decision this summer declaring it unconstitutional, we have learned that Rep. Harper now supports this legislation.

The impact of this legislation is not hypothetical; during the brief period that Act 192 was in effect, fIve Pennsylvania cities — Lower Merion Township, Lancaster, Harrisburg, Pittsburgh and Philadelphia — were sued by the NRA, a Pennsylvania gun rights group, and a Texas-based gun rights group.  The money spent defending these suits is money that could not be spent on education, police, or other crucial  municipal services.

We believe a vote to reenact this legislation is a vote against the best interests of Pennsylvanians and a vote against public safety.  Accordingly, we withdraw our recommendation of Kate Harper for state representative, and recommend her opponent Rob Wilkinson, who scored 100% on our candidate questionnaire. Shira Goodman, Executive Director of CeaseFire Pennsylvania explained, “We are disappointed that Rep. Harper changed her position on this dangerous legislation, and we felt obligated to notify the voters so they could have the most up to date information as election day approaches.”