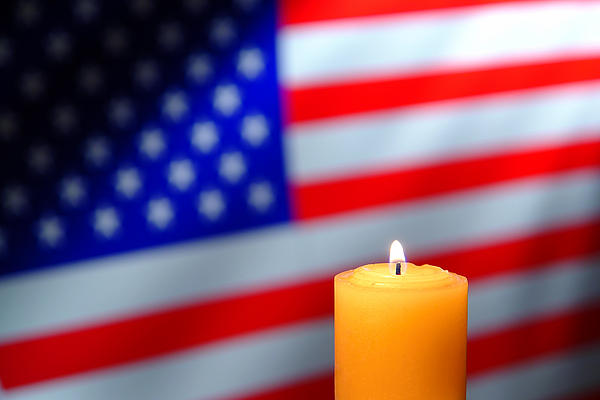 For those who have lost loved ones to firearms, every day is Memorial Day. And there are many, many people who can commemorate this holiday, both here and throughout the nation.

Every day in the United States, over 80 people lose their lives to firearms. That’s approximately 31,000 deaths annually from guns. They are the casualties of war, a war caused by reckless gun policy. In contrast, the number of US combat casualties during the long wars in Afghanistan and Iraq has been approximately 6,000.

In 1970, I served as a medic with the U.S. Marines in the war we waged in Vietnam, another long war that cost 58,000 Americans their lives.  I tried to save the victims of guns and other weapons.  This is what happened to one Marine who was shot in the chest while we were on a patrol in Quang Nam Province: After the bullet perforated the layers of skin, muscle, and bone, it traveled through his body shearing, tearing, and crushing the tissue and organs in its path. It produced a cavity that filled with blood from ruptured blood vessels. His heart continued to pump blood from the bullet hole in the heart wall, filling the chest cavity at a rate of about five quarts a minute. But there was no pressure to carry blood through the aorta and arteries. With no blood, there was no oxygen, just death. I tried to save him by putting a dressing over the wound and administering artificial resuscitation, but I failed and he died.

This is what happened to the children at Sandy Hook Elementary School, the girls at West Nickel Mines School, the students at Virginia Tech. This is what happens to young people in Philadelphia and Pittsburgh and Chester and Reading every week. Gun violence has made a combat zone of our country, wreaking havoc from the inner city to rural communities. Our schools and streets flow with the blood of the victims of gun violence.

I and other members of the Philadelphia chapter of Veterans for Peace have dealt with the wounds and death caused by gun violence; we feel it is imperative that we stop the slaughter. CeaseFirePA’s work to expand background checks, require reporting of lost and stolen guns, and make gun violence prevention a priority for our legislators provides a ray of hope.