Whether it’s a violent attack at a synagogue in Squirrel Hill, an angry shooter firing into a government building outside of Scranton, or a drive by shooting at a transit center in North Philadelphia, every mass shooting turns daily activities into moments of terror–and death.

This uniquely American experience is teaching a generation to prepare to hide under the desk, need security guards before we pray, and worry about a visit to the grocery store turning violent. We don’t have to live like this. 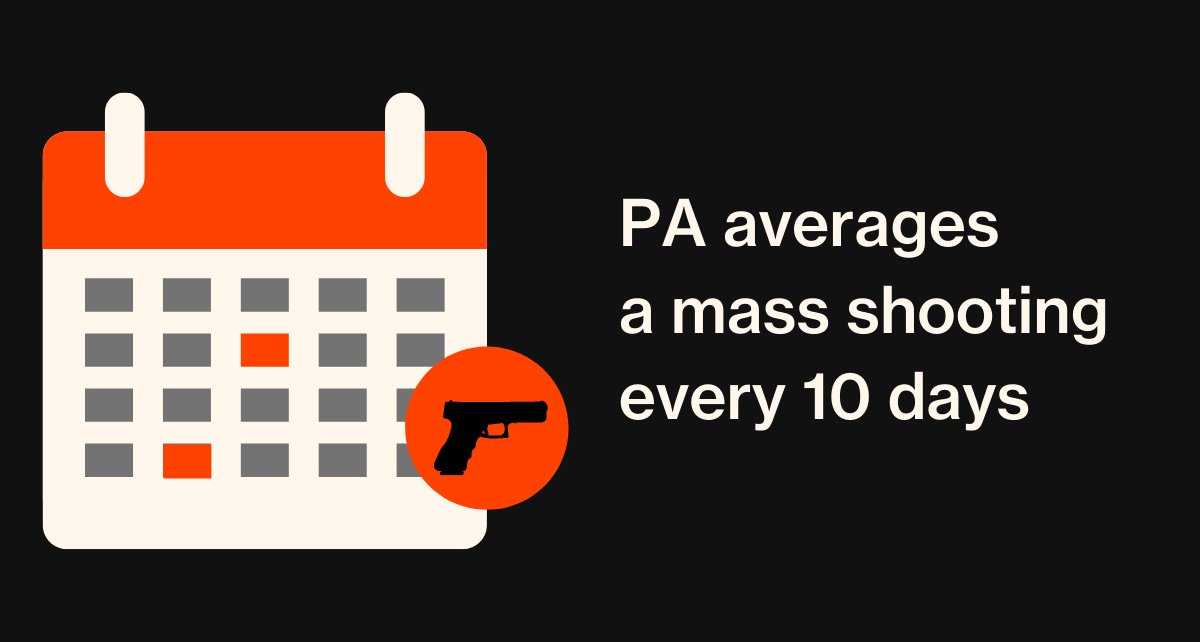 Rampage at Tree of Life 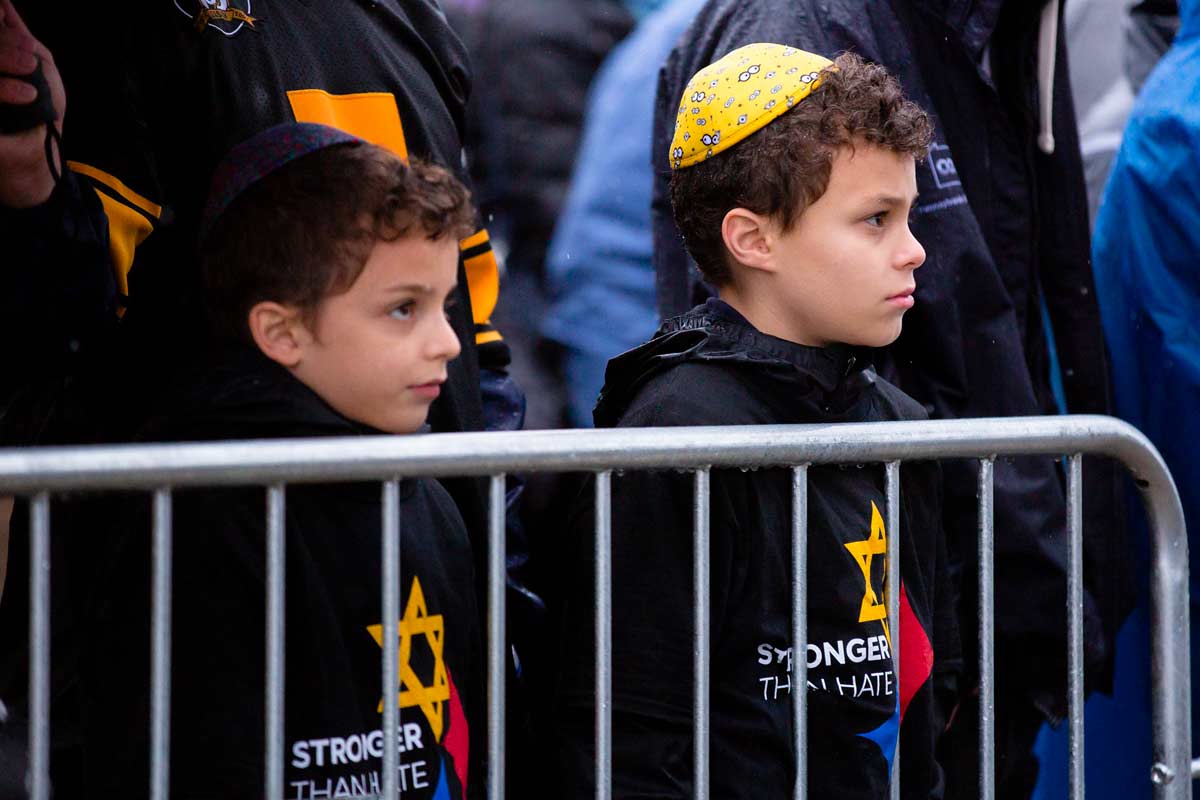 One Saturday morning in October of 2018, an anti-Semite stormed Shabbat services at a synagogue in Squirrel Hill carrying a Colt AR-15 and multiple pistols. Over the next 20 minutes, he killed 11 and injured 7 more. It was the worst mass shooting in Pennsylvania history.

The toll included Rose Mallinger who at 97-years old regularly attended  Shabbat services with her daughter, Andrea, who survived her. Brothers Cecil & David Rosenthal were described as “inseparable”. Cecil died first as he was stationed at the door to greet congregants as they came to pray.

The destruction sent a shockwave through the Commonwealth and world, as love and support poured in. Despite calls for action in the wake of the shooting, the General Assembly and Congress did nothing to rein in the assault weapon used to do most of the damage.

More common than you think 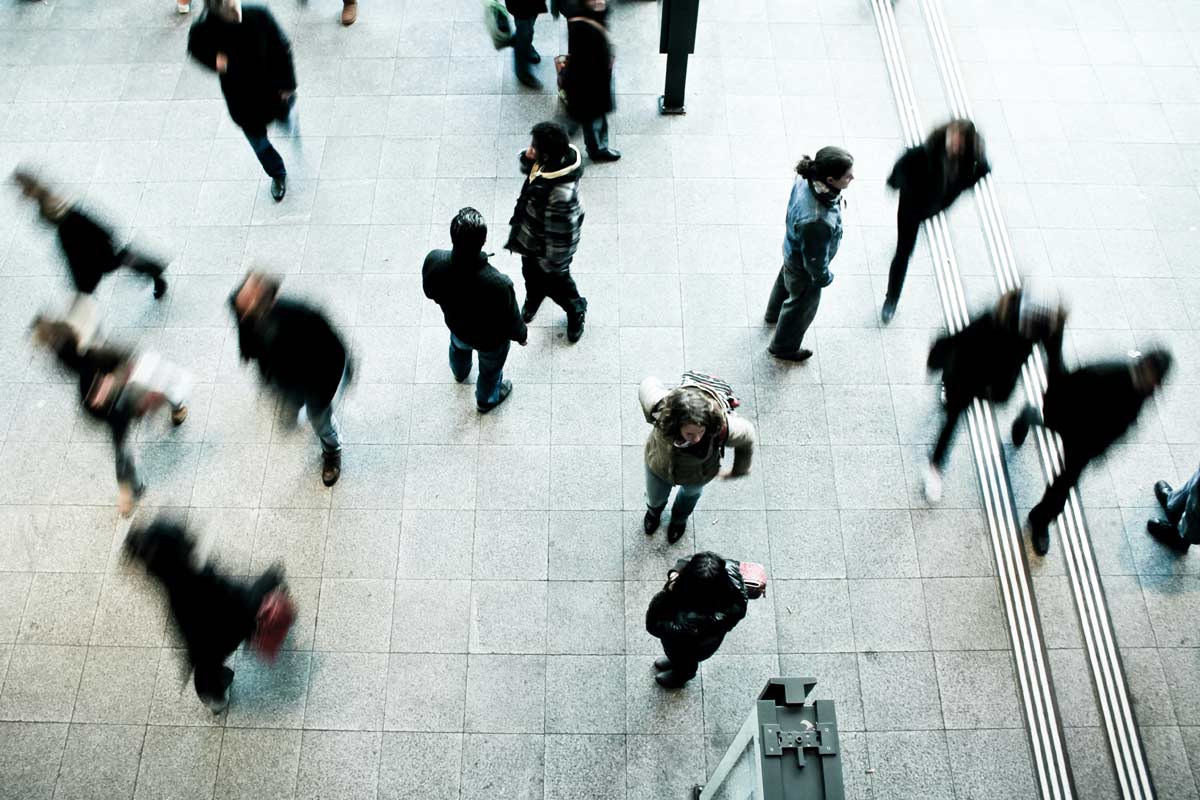 In the last five years, there have been more than 100 mass shootings in Pennsylvania. Most of them are not known. But gunfire injured or killed 4 or more at each, the common definition of a mass shooting.

The ones that received significant media attention such as Parkland, Tree of Life, and Oxford, account for a small portion of gun violence in the United States. Some are motivated by hatred or fury, others out of the shooters desire for notoriety. But each has turned a place we think of as safe or where we go about our daily lives, into a nightmare filled with gunfire, often from an assault weapon.

We can end mass shootings

These mass shootings are not unpredictable. Many mass shooters show warning signs in the days or weeks leading up to the violence, as the 15-year old did in Oxford, Michigan. According to a 2018 FBI study, more than half of mass shooters studied hinted at their intentions–and if they were under 18 that rate rose to 88 percent. This “leakage” of warnings prior to a shooting can help us prevent violence.

They are also not inevitable, a price we pay for living in society. A loophole in Pennsylvania’s background check law allows people to buy assault weapons from private sellers without a check. Large capacity magazines and assault weapons, which are about killing not self-defense, are legal in Pennsylvania. And when warning signs appear, there are limited options for action such as temporarily removing firearms.

More leaders are standing up

Praying, studying, and grocery shopping shouldn’t turn into deadly experiences. And each time there is a mass shooting, more elected officials are willing to stand up to the gun lobby to enact common sense solutions. But, until enough of them are willing to enact real solutions, America will still be the center of mass shootings in the world. It’s a policy choice we cannot allow to continue. 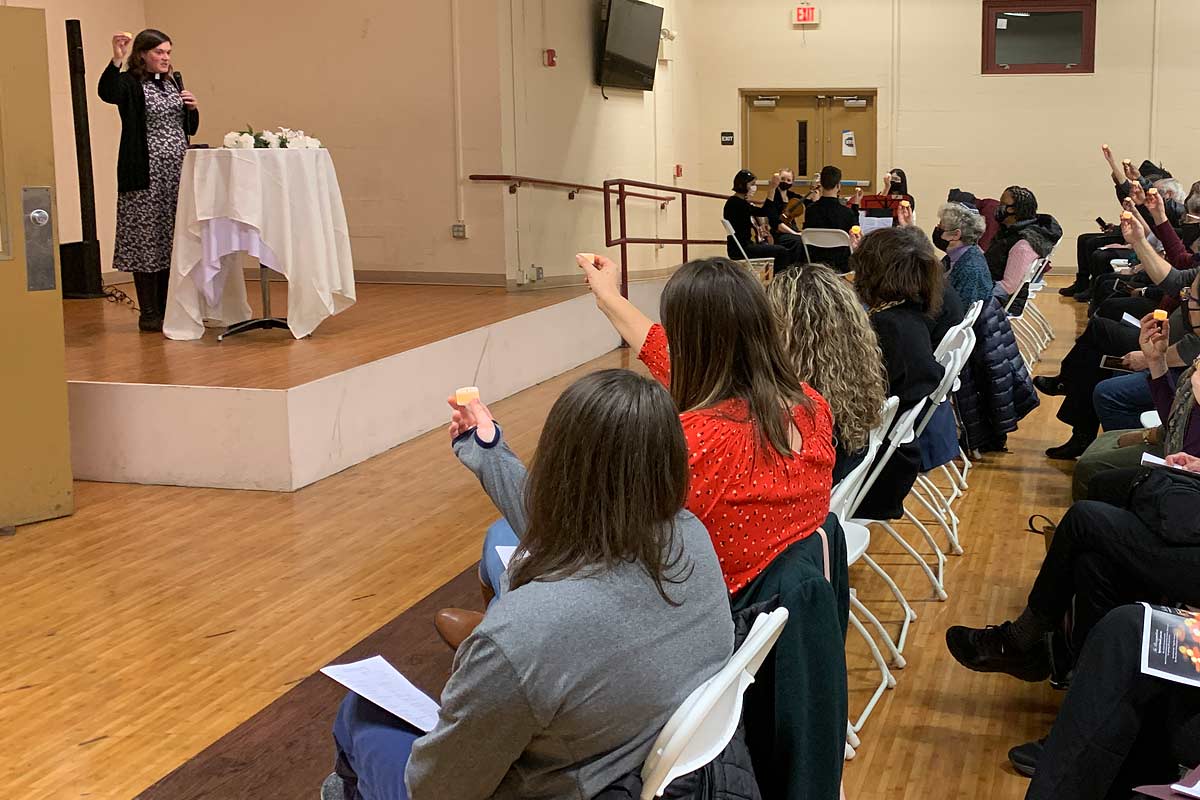 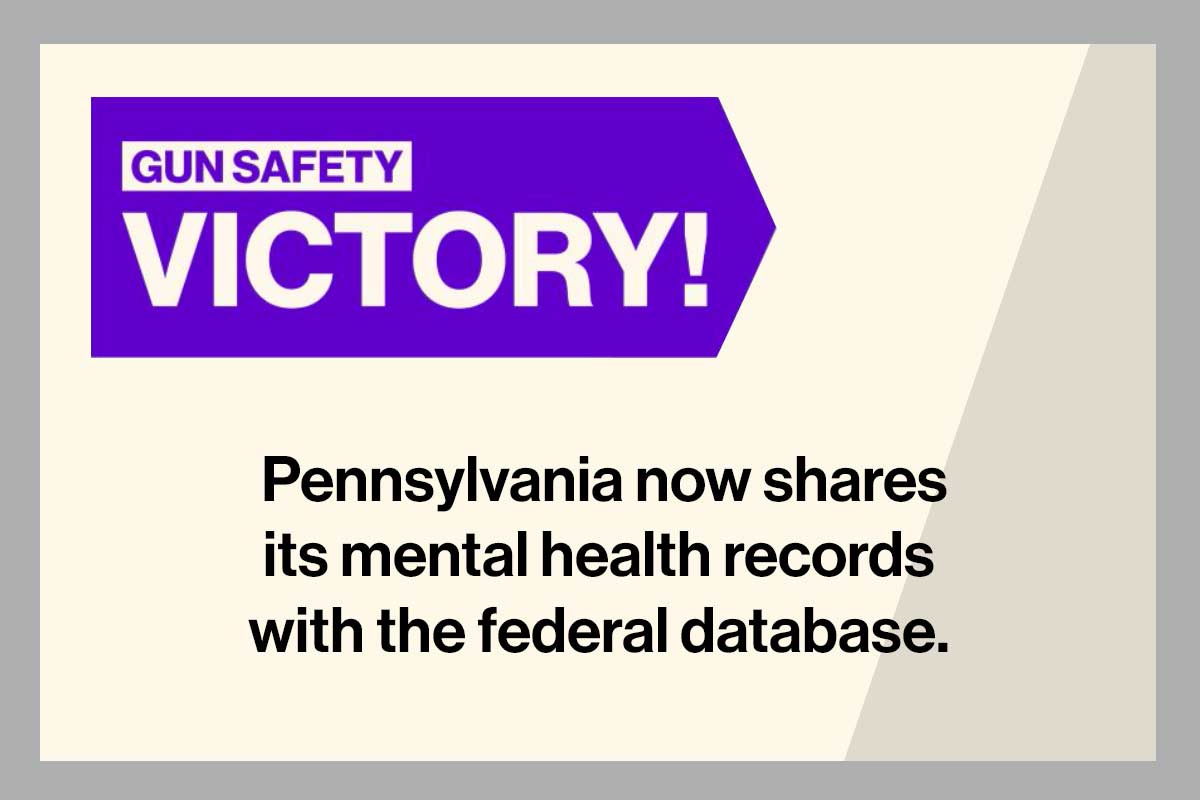 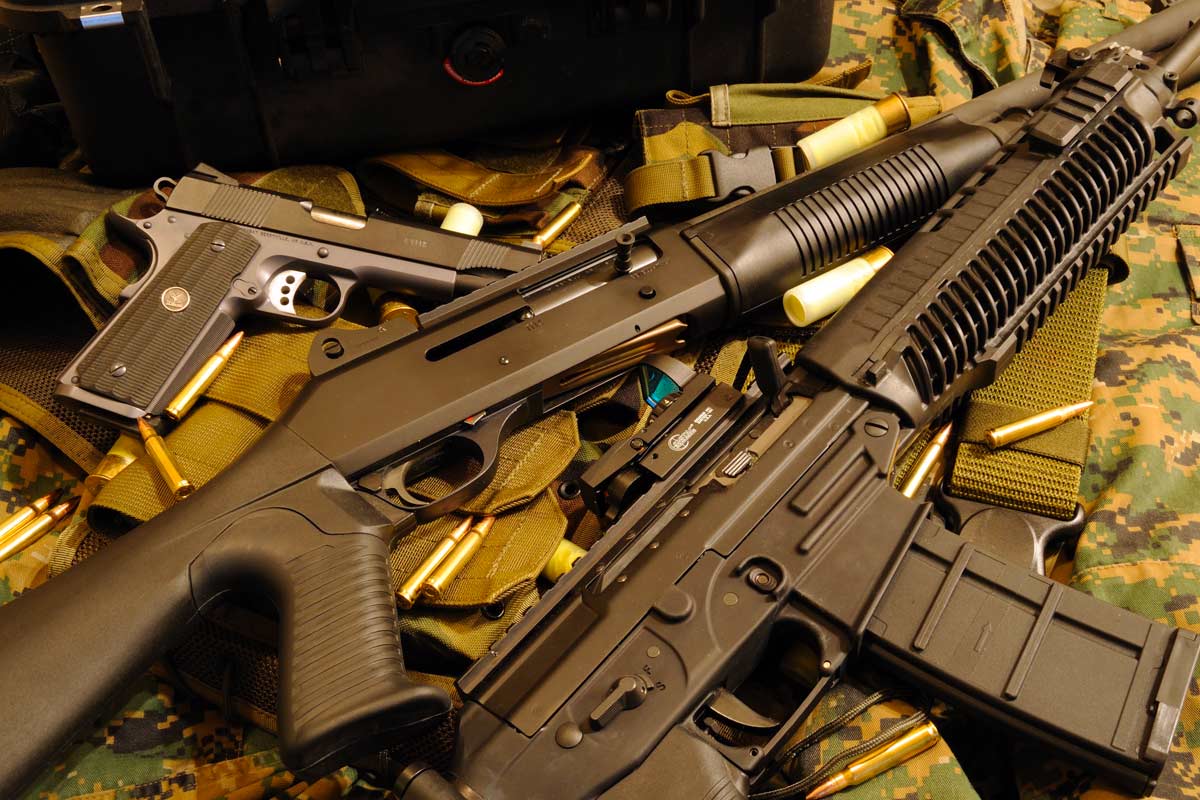 You can buy a long gun, like the assault weapon used in many mass shootings, without a background check. We can change that.