Background checks, permits for concealed firearms and laws to disarm abusers have saved thousands of lives in Pennsylvania. But right now, the gun lobby is working hand in hand with legislators in Harrisburg to weaken or eliminate each of them.

The only thing standing in their way: CeaseFirePA, allies and citizens who know we need stronger gun safety laws, not weaker ones.

A wave of attacks on public safety

Pennsylvania lost more than 1,700 lives to gun violence in 2020 because of weak gun safety laws.. Still, those laws that keep firearms out of the hands of people who want to hurt others prevent even more shootings. It’s why we need to keep them in place while we work towards a future free from gun violence. 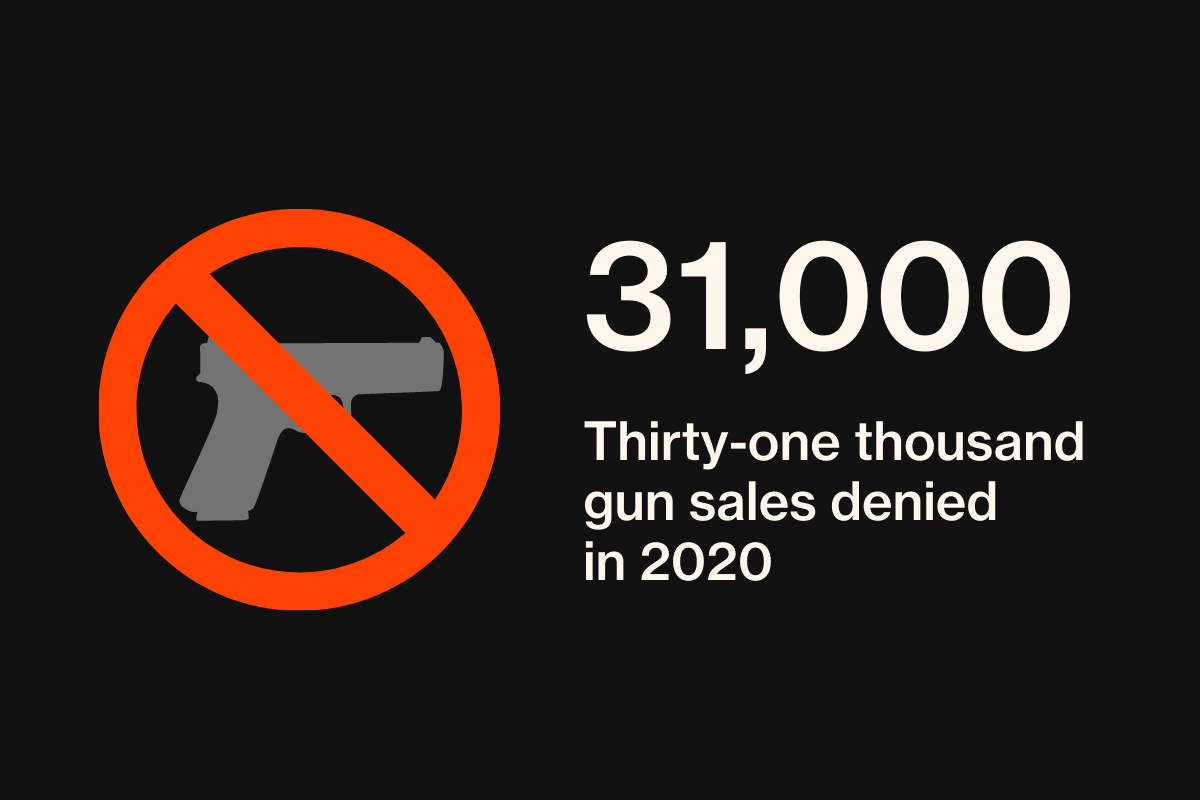 The PA Instant Check System (PICS) is more comprehensive than the national system, including all arrest warrants, mental health records and protection from abuse orders. Just in 2020, it kept firearms out of the hands of dangerous individuals with more than 31,000 denials because the purchaser couldn’t legally own a firearm. 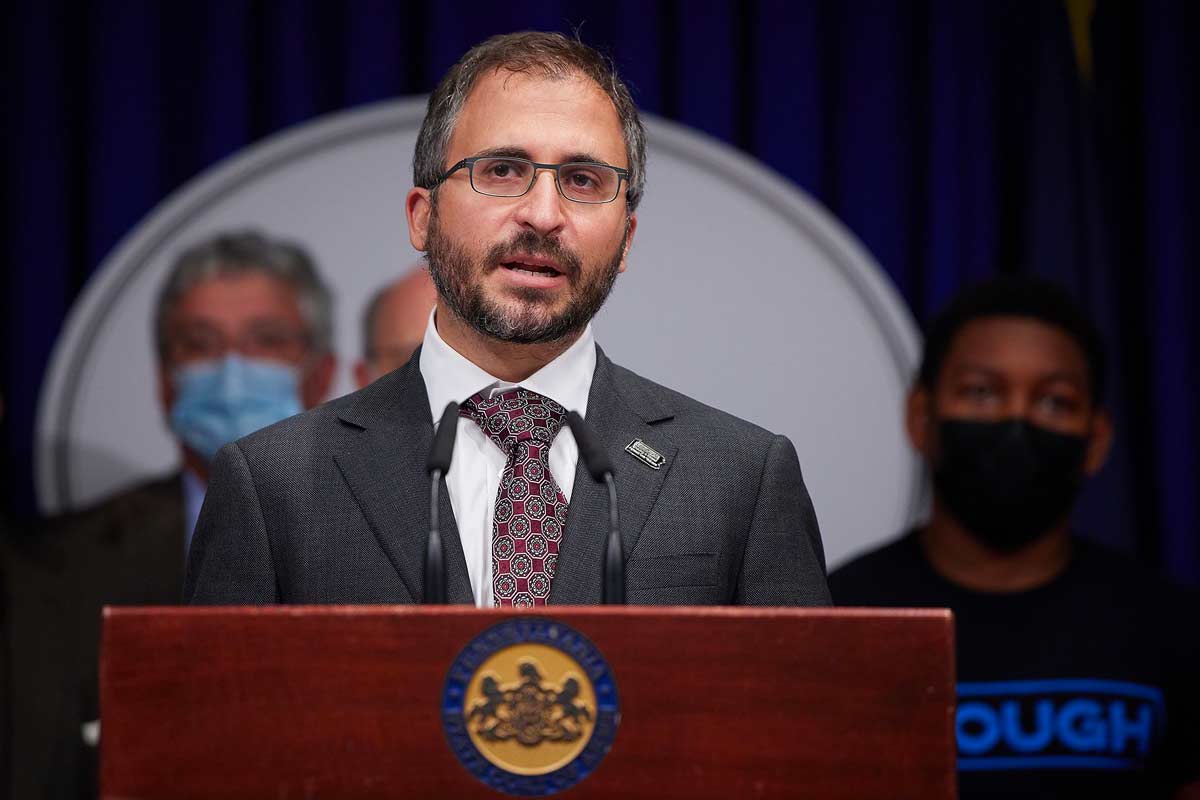 Concealed firearms pose a risk to people’s lives, and even more so when there is no check to ensure the gun owner doesn’t pose a threat to public safety. In 2021, we brought together law enforcement, survivors, citizens and doctors to oppose Senate Bill 565, which would allow anyone over 18 to carry a concealed firearm without getting a permit. Violent crime has risen at least 13 percent in states that weakened their concealed carry laws. We can’t allow the same to happen here.

The same would have happened here if Governor Wolf hadn’t vetoed it. But, with gun lobbyists still pushing this dangerous law, we must stop it. 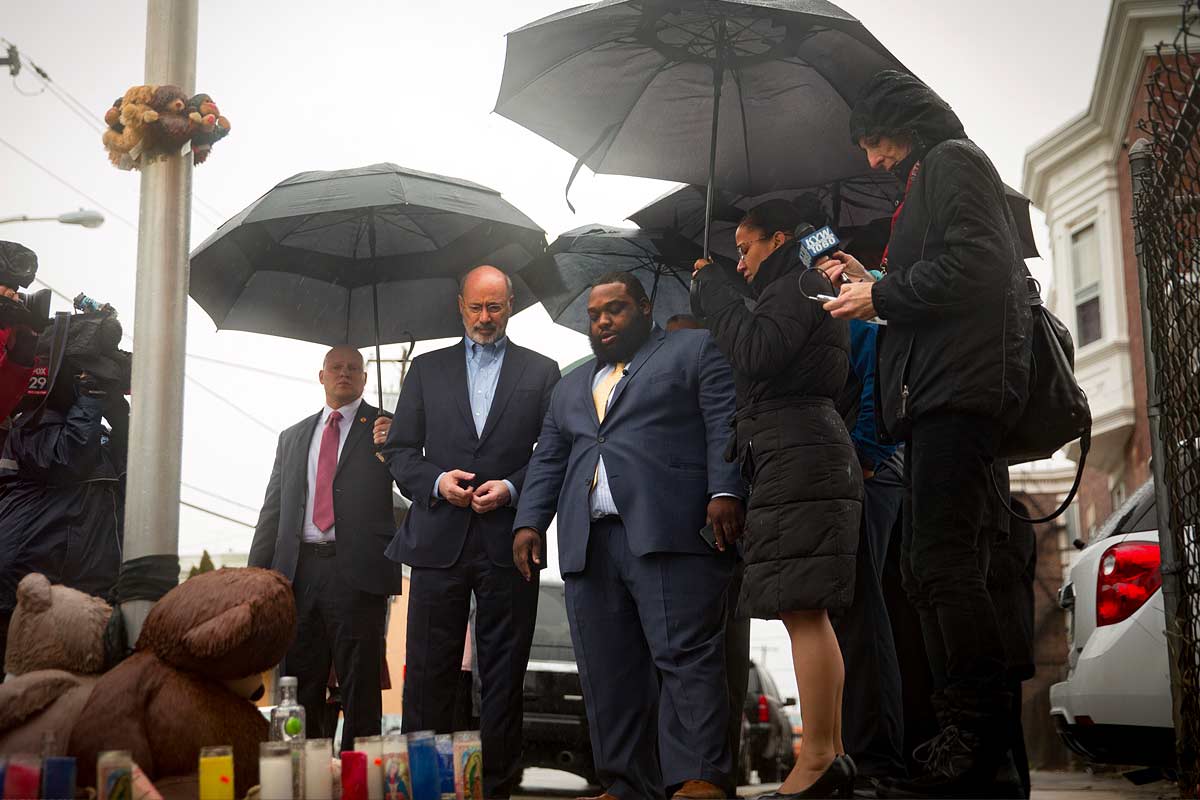 State law already stops local officials from enacting numerous life-saving gun violence prevention policies. But, that’s not enough for the gun lobby.  Senate Bill 448 and House Bill 979 would force taxpayers to pay the legal costs for organizations like the NRA and Gun Owners of America who challenge any effort to enact gun violence prevention laws, even ones the courts are still determining if they are allowed. The financial risk to municipalities will chill life-saving innovation at a time when the General Assembly refuses to enact common sense gun safety laws. 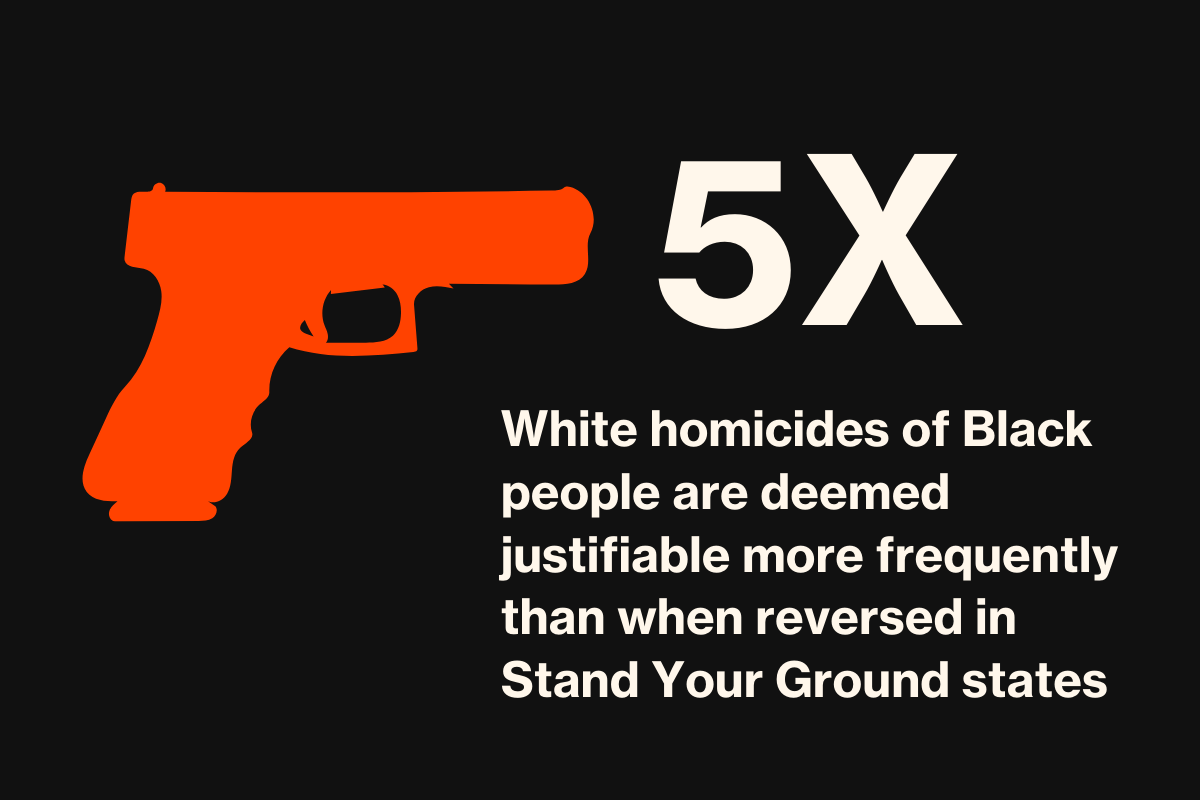 Pennsylvania’s expanded definition of self-defense has deadly consequences. The Castle Doctrine already allowed the use of deadly force in your home without the need to try to avoid the danger. A 2011 amendment allows individuals to use deadly force without trying to retreat–they only have to believe there is a threat to their life.

An unprecedented effort to expand this law would allow the same doctrine to apply even if you haven’t seen a lethal weapon. And another would allow the Castle doctrine to extend to the property border–meaning someone good shoot someone hundreds of yards away from their front door if they felt threatened.

Find out the latest attacks on gun safety laws in our legislative tracker. 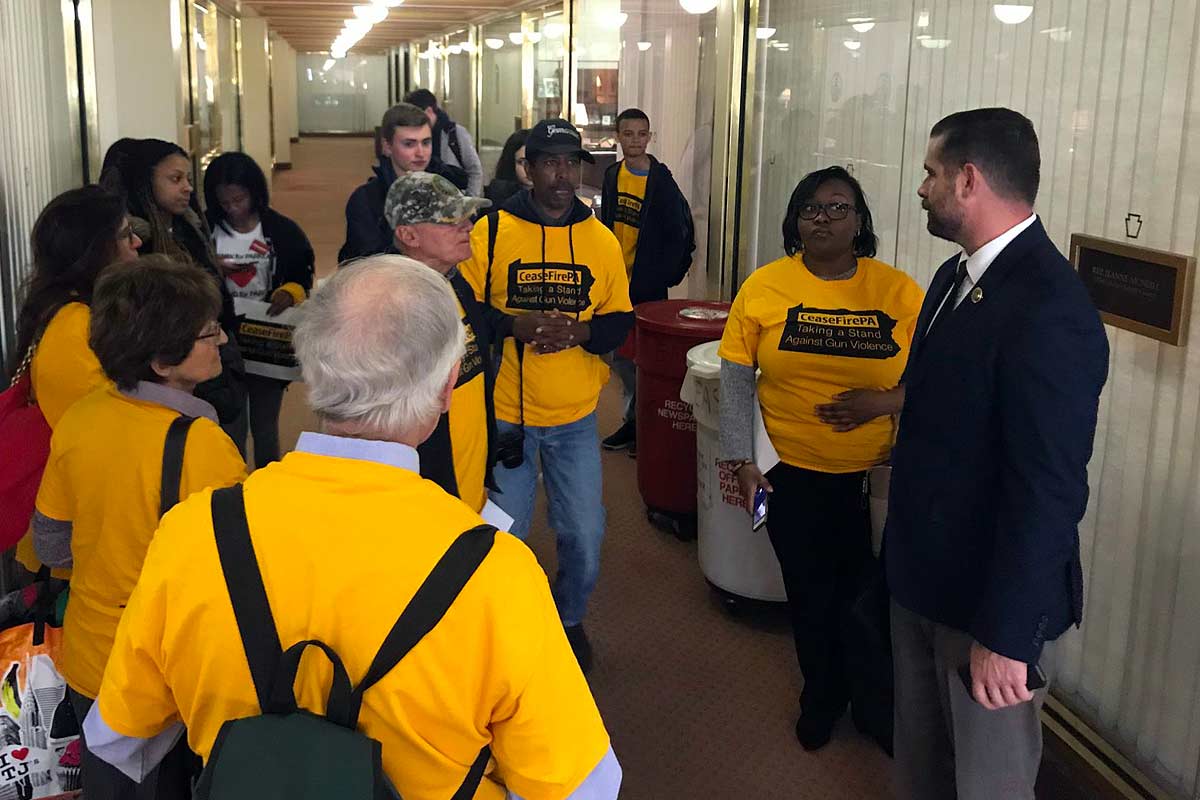 These attacks are constant, but we will not back down. CeaseFirePA crafts narratives on the threat it poses to Pennsylvanians, provides evidence on how it has cost lives elsewhere, develops a comprehensive strategy, and engages our partners and supporters.

We were ready when the General Assembly started to move permitless concealed carry in 2021. Working with our allies, we crafted a strategy that highlighted how carrying concealed firearms without any vetting endangered the public. Our allies in law enforcement, such as Lancaster Police Chief John Bey, weighed in directly with decision makers. And, our elected officials heard directly from thousands of our supporters.

In the weeks leading up to the vote, gun owners at public events and citizens were walking up to legislators asking them to oppose this dangerous bill. And while we lost the vote, 8 Republican legislators including staunch gun supporters, sided with CeaseFirePA and our coalition. Governor Wolf then vetoed the legislation. And we wouldn’t let those who sided against public safety hear nothing. Dozens of our supporters protested outside legislative office across the Commonwealth.

Standing in their way

The gun lobby is working with allies in Harrisburg every month to dismantle our gun safety laws. From permitless carry to undermining the background check system, they will not be satisfied until every gun safety law is repealed. Their goal:  for anyone, no matter there record of violence, potential risk for firearm suicide, or other threat, to be able to carry a firearm. And with gun violence already destroying lives, it’s a world we can’t live in.

Each time, we’ll stand in their way. 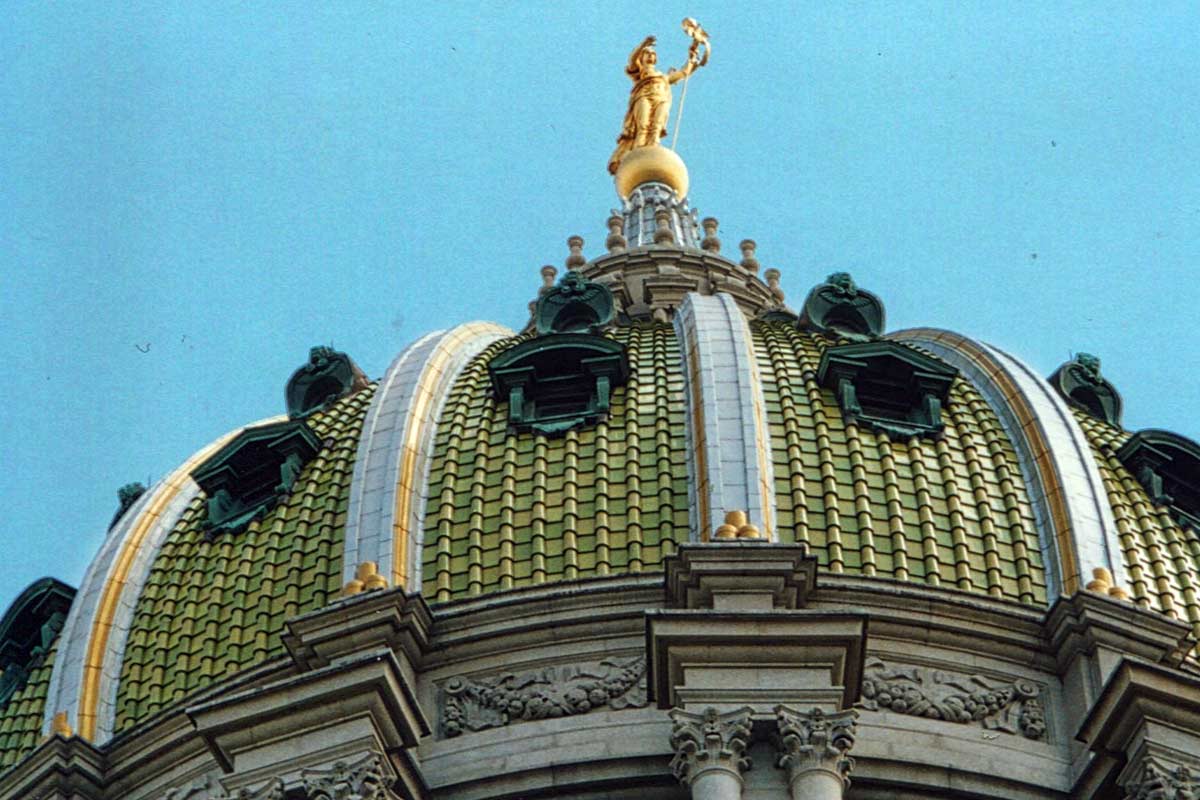 The Court declared a law  to punish townships trying to prevent gun violence, and line the pockets of gun groups like the NRA, was unconstitutional.

Despite widespread opposition, the PA House has sped through legislation to allow anyone over 18 to carry a concealed firearm without any additional safety checks.

Our Common Agenda will help save thousands of lives. But we need your voice to get the General Assembly to vote on it.