Quinton Jefferson Honors CeaseFirePA with My Cleats My Cause 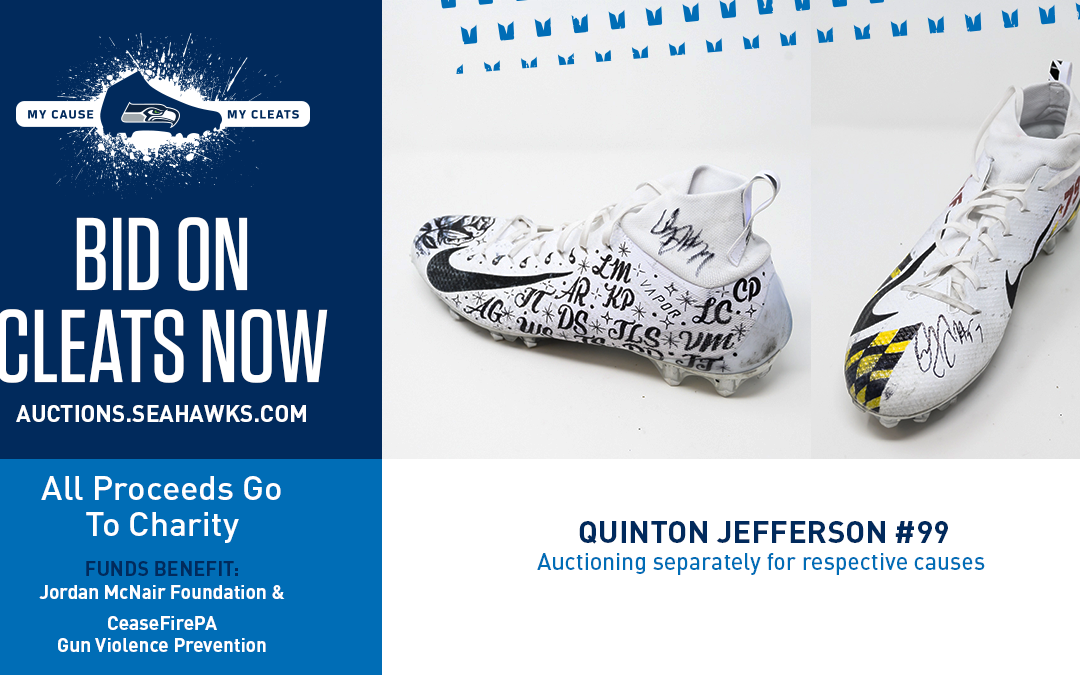 NFL linebacker and Pittsburgh native Quinton Jefferson has chosen to honor those he has lost to gun violence and support CeaseFirePA through the My Cleats My Cause campaign.

Jefferson had a cleat designed with the initials of those he has lost to gun violence. There are 28 initials for friends and family members.

“Gun violence) was very prevalent,” Jefferson told the Seatle Times of his childhood in Pittsburgh. “Just a lot of guys from little league and who I met growing up and been with in school, to close family friends … I know so many people that have died from it.

“I’m glad I had this opportunity to actually take the time to reflect and look and see how many people I’ve lost. Because I didn’t even realize it was that many.”

The cleat is being auctioned off and will benefit CeaseFirePA. CeaseFirePA is grateful that Jefferson has partnered with us to promote our mission of preventing gun violence and educating the public.

Click here to view the auction of the cleat.