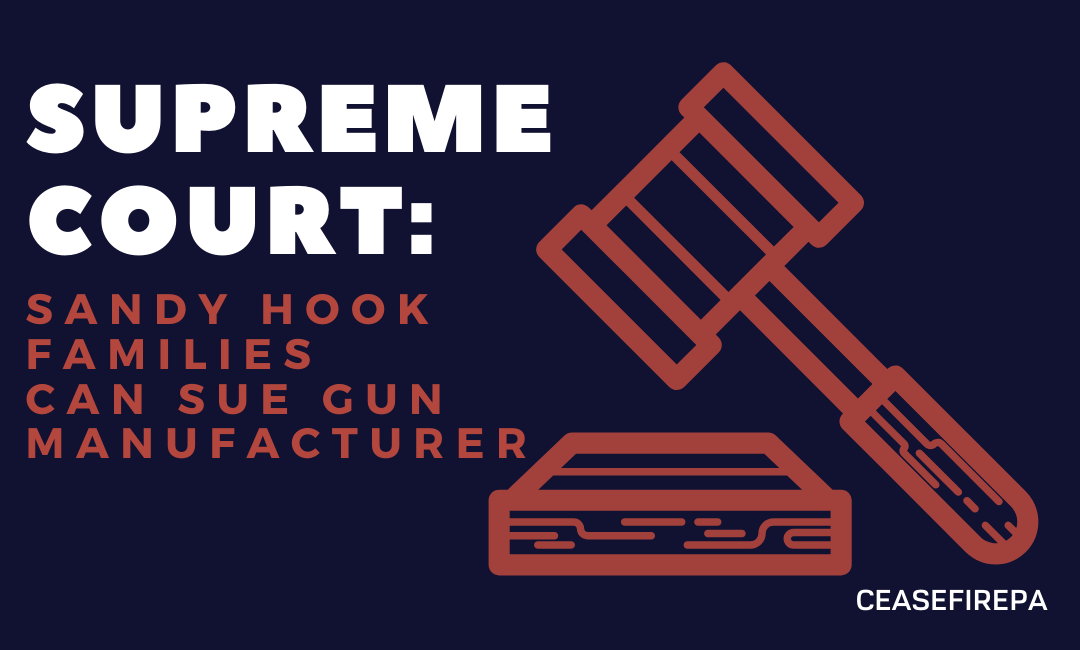 In defiance of the gun lobby’s attempt to evade responsibility, the US Supreme Court denied hearing Remington’s case against Sandy Hook families suing the manufacturer of the AR-15 used in the 2012 school shooting that left 26 dead.

This is a big win for the gun violence prevention movement and for victims and their families seeking justice. This case could have serious implications for the limits of the 2005 Protection of Lawful Commerce in Arms Act — a unique law which grants unprecedented protection to gun manufacturers and dealers, a virtual immunity that is unavailable to manufacturers or sellers of any other commercial product.  The Sandy Hook families’ suit is based on Remington’s advertising and a state law claim, which are part of the enumerated exceptions to PLAACA.
Gun manufacturers need to be held responsible for the violence caused by their weapons of war. CeaseFirePA applauds the Supreme Court’s decision and fully supports families seeking justice.