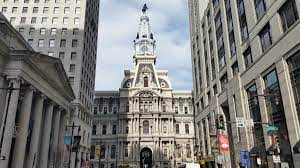 PHILADELPHIA— Philadelphia lags behind cities who’ve made significant investments in community-based violence prevention strategies that could cut shootings by up to 50 percent. Days after the 500th person was shot in the City, a variety of organizations that run violence intervention and prevention efforts are pushing for a $100 million investment in the upcoming City budget to create sustained reductions in fatal and non-fatal shootings.

“Our city is bleeding to death as gun violence continues to claim the lives of our loved ones, neighbors and children,” said Kallel Edwards, CeaseFirePA Education Fund’s Philadelphia organizer who is working with many of the community-based organizations. “It is imperative that steps are taken to address this public health crisis immediately by providing life sustaining resources that would better ensure Philadelphians are safe from gun violence in their communities, and better positioned to have healthy and fulfilling lives.”

More than 40 groups who run trauma-informed care, violence intervention, youth support, victim services and other targeted violence reduction programs gathered at City Hall on Friday moments after electronically delivering a letter to Mayor Kenney and all of City Council with their request. Their request included:

“The youth of Philadelphia need and deserve the same investments made in their communities as youth in the surrounding areas. Investments in their education, workforce development, neighborhood rec centers, music programs, athletics, and mental health services,” said  Emily DeCarlo, Director of Youth Violence Outreach at the Anti-Violence Partnership of Philadelphia. “Youth have the capacity for amazing strength and resilience when they are provided with community-based support programs such as these. We know that the most important factor for healing from trauma for youth is positive relationships with adult mentors and with their peers. It is crucial that the city provide funding to these vital programs that create spaces for this healing work to begin.”

“There’s a lot of neglected trauma and economic hardship in the streets of Philadelphia which is leading to hurt people hurting people,” said Rickey Duncan of the NOMO Foundation. “We need to stop putting bandaids on things that require surgery and take a proactive holistic approach using early initiative intervention prevention for our young people and creating more job opportunities and shelter for the adults. aN ounce of prevention beats a pound of cure!”

“The violence in our communities is a tragic combination of deep poverty, inadequate education, and opportunities birthed by systemic racism,” said Joel Wilson, President of 100 Black Men of Philadelphia. “Regrettably we have suffered the shooting of four of our High School mentees since January of this year, three of which were fatal. We implore the city government to bring to bear the funding, public safety, organization, and meaningful collaborations to address this crisis immediately.”

While the Office of Violence Prevention recently gave out $400,000 in grants to community-based organizations, numerous groups noted significantly larger and sustained investments are necessary to address a crisis that has reached historic levels.

Investments in such programs have worked elsewhere. An independent analysis found street outreach programs in New York City cut gun injury rates by 45% more than areas without such efforts. An effort in Oakland, California found a 50% reduction in violence while other cities saw a major surge in shootings. Participants of cognitive-behavioral therapy combined with workforce development were 54 times less likely to be involved in violence.

“With warm weather approaching, we will easily exceed the 499 homicides experienced in 2020. As a daughter, sister, cousin, and mother of homicide victims I understand the layers of trauma our communities are experiencing. We are being devastated by the slaughter and the blood running through the streets of Philadelphia,” said Movita Harrell Johnson of the Charles Foundation. “We are requesting Mayor Jim Kenney to invest $100 million dollars in evidence-informed community-based solutions to address this epidemic with the same urgency that the city has addressed Covid and the opioid crisis.”

“Philadelphia’s leadership continually speaks of ‘brotherly and sisterly love,’ yet for decades communities of color have been deprived of vital resources needed to create safe and thriving communities,” said Jessica Craft, CEO and Founder of Rock to the Future. “We need our Mayor and City Council to step up and provide an immediate investment in communities that are being devastated by gun violence and lack of funding.”

An analysis by the Educational Fund to Stop Gun Violence found that the Philadelphia government paid $195 million in medical and criminal justice costs for gun violence just in 2020. And investment in solutions will easily save more money than they cost. At a City Council hearing earlier in the week, Dr. Kathleen Reeves of Temple University testified that for every $1 spent on a public health approach to gun violence saved $32 dollars.

“The key to successful violence reduction efforts is sustained, significant funding combined with strategic, collaborative partnerships between city officials, community leaders, and service providers,” concluded CeaseFirePA Education Fund’s Executive Director Adam Garber. “Our communities need that. The violence interrupters and preventers are ready for it. The only thing missing is the financial resources to make it happen.”