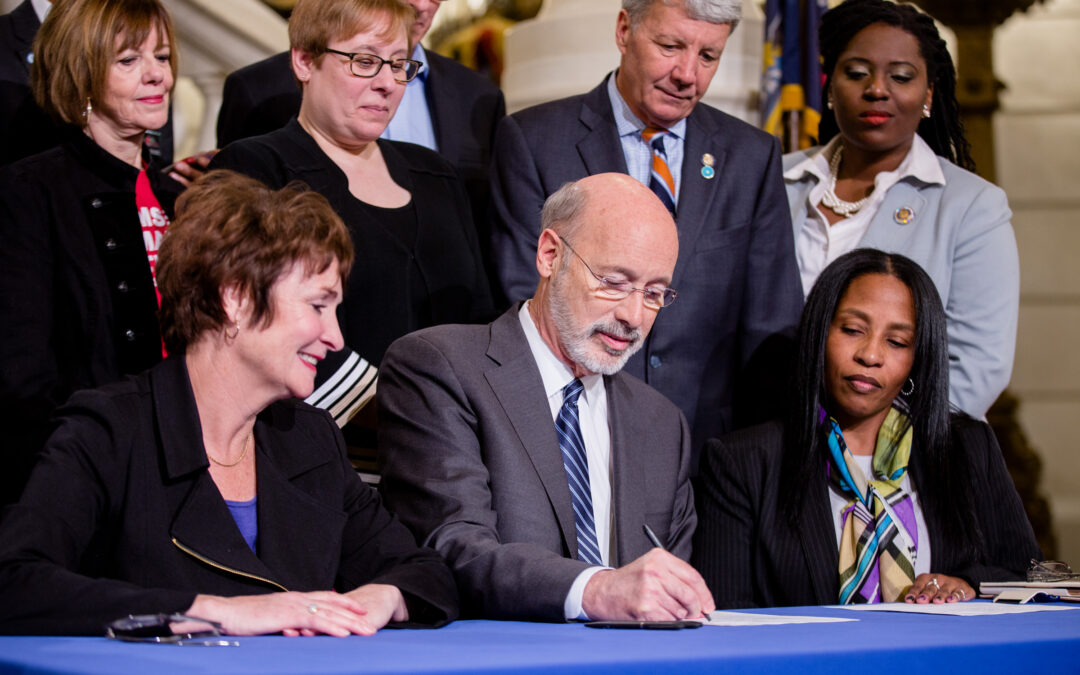 On Tuesday, November 14th, Governor Wolf thanked CeaseFirePA and other advocates for their work on the passage of Act 79 during a ceremonial bill signing.

The new law requires an individual served with a protection from abuse order to surrender their firearms within 24 hours. When a firearm is involved in a domestic violence situation the likelihood of the partner dying increases 500%. Act 79 disarms the abuser to protect the victim by requiring them to turn over their firearms to law enforcement agencies instead of family members or friends.

Executive Director Shira Goodman thanked Governor Wolf, saying, “This is the most significant piece of gun-related legislation passed in years. It is a commonsense solution to the tragic problem caused by the deadly mix of domestic abuse and guns. This law — simply put — will save lives and make PA safer.”