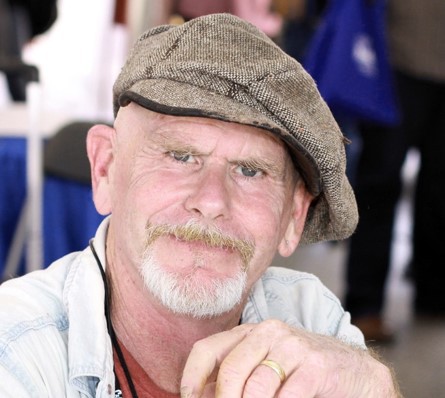 Recently, CeasefirePA sat down with Seamus McGraw to ask him a few questions over the phone about his reporting on gun violence. McGraw is a journalist and writer who most recently published From a Taller Tower: The Rise of the American Mass Shooter. He is an avid hunter and resides in Winona Lakes, PA.

Ada Perlman: You begin your book talking about this feeling of helplessness while witnessing a violent act. I think many feel this way when they hear of or experience violent acts, myself included. How can we find agency in preventing these types of violent acts in the future, instead of merely feeling helpless?

Seamus McGraw: There was a point I was trying to make by bringing that story in at the beginning of the book. That is, we’re all subject to the myths we tell ourselves. There are two myths about gun violence in the United States that I think are dangerous and permissive. The first is that this issue is somehow removed from us. Everytime there is an incident of high profile public violence, you hear “I can’t believe that it happened here,” as if this incident was somehow removed. We are not removed from these incidents because we live in a hyperconnected world and these events happen instantaneously across the country. We all bear trauma from that. In order to respond, the first thing we have to do is shake off the stupor that comes from trauma and recognize that this is not something happening to somebody else, this is something happening to us.

The second myth we tell ourselves is the myth that we are all heroes— that we can all respond with the skill and alacrity that you see in the movies. We need to confront this myth because it serves as a tremendous obstacle to address the underlying crisis which is the epidemic of gun violence.

AP: Do you think gun violence is an inevitable phenomenon of our country’s gun culture? Is it possible to have a responsible gun culture?

SM: Our gun culture is deep and it is very much interwoven with our history, but our gun culture today isn’t what it always was. Growing up on a farm in Wyoming County, I was raised in a gun culture that emphasized responsibility. Today, there is hardly a day that goes by from the middle of October to the end of January when I do not have a gun in my hand. The gun culture I was raised in viewed that gun in my hand as a tool that I had the right to carry, but it also conferred upon me awesome responsibilities. I am responsible for the way I use that weapon, carry that weapon, and store that weapon. Over the past decade, we have started to talk exclusively about our rights and have refused to address our responsibilities. That is not a reflection of the ancient gun culture in this country, that is a reflection of a modern corruption that takes place where fear and resentment and a sense of victimhood is reinforced by the gun industry. This is the way they market their products. These industry lobbyists have resisted any modest steps toward common sense gun regulation, but they don’t reflect the views of most gun owners. It’s time for gun owners like me to start standing up for a common sense approach to gun laws in order to create a responsible gun culture. If we don’t, we have nobody to blame but ourselves for allowing the extremists and the profiteers to discredit us.

AP: Have you encountered groups such as CeasefirePA in your career? What power do these kinds of groups have to prevent gun violence?

SM: I think power is emerging and advocacy groups like CeasefirePA are very effective in keeping the question before the American people. But I think in order to prevent gun violence, we need gun owners to be the ones advocating as well. We are the ones who can speak to ourselves and speak to each other. We have to accept the responsibility of owning a gun because this is a critical component of the traditional hunting culture and people who use rifles as a tool.

AP: Amid a surge in gun violence, what, if anything, gives you hope that we can start to turn this epidemic around?

SM: You do. The people who walked the streets of Stroudsburg demanding common sense gun laws do. The fact that our opponents in this debate have become so shrill and unhinged in the face of even measured opposition suggests that we may be on the cusp of change. That gives me great hope. It gives me hope that politicians I may disagree with are just beginning to recognize that there are millions of voices like mine out there.