Keep up the good work CNN! 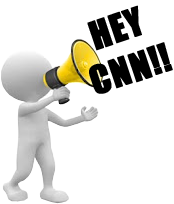 Last week we wrote to you about hos disappointed we were that CNN didn’t ask any of the Republican candidates for President about guns or preventing gun violence during the most recent CNN-hosted Republican debate.

CeaseFirePA, along with 23 of our partners, sent a letter to CNN asking the network to do better in future debates. Well, CNN heard us!

We’re excited that CNN not only asked the Democratic candidates about gun violence on Sunday night, but followed up and facilitated a spirited discussion.  Since the debates, both Democratic candidates have spent time addressing the issue.  And while there is disagreement about how best to prevent gun violence, we are happy they are discussing it.  We sincerely hope this questioning and discussion continue during the upcoming debates CNN is hosting between the Republican candidates.

CNN and other networks have a real opportunity to shape the issues the candidates focus on.  We’d like to see more discussion of gun violence prevention and less about…er…hand size.

Thanks for standing with us.  Together, we’ll continue to hold CNN and other networks accountable.