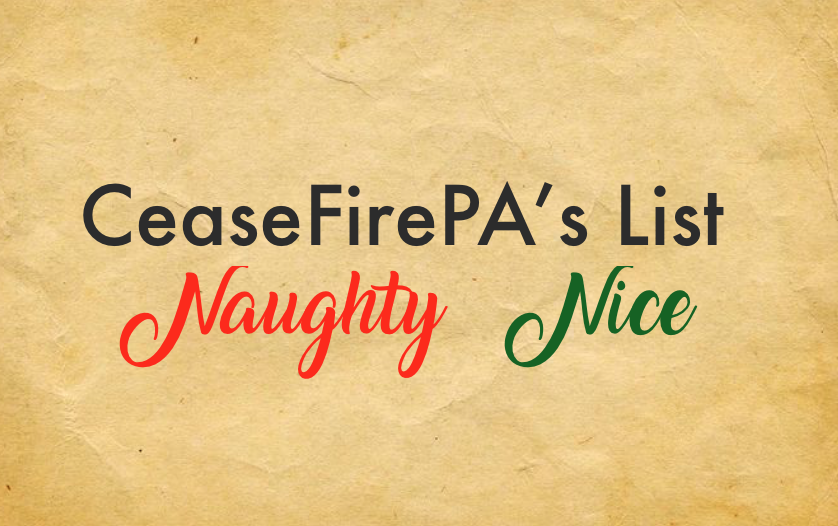 As we near the end of the year, it’s not just Santa who’s making lists. We have lists of our own. Attorney General Josh Shapiro and Governor Tom Wolf are at the top of our nice list! Yesterday, we were honored to be there as the AG announced a legal opinion that will help combat ghost guns — untraceable guns created without a serial number.  His opinion means these 80% receivers (kit type guns that need to be assembled), will be treated as firearms and regulated as such. And all fall, the Governor’s Special Council on Gun Violence has been holding hearings across the Commonwealth.

By contrast, the legislature continues to embrace inaction. They’re in session this week. Can you take a minute to call Speaker Turzai (717-772-9943) and Senate President Pro Tempore Scarnati (717-787-7084) and let them know that you expect better and that their inaction and silence about gun violence is unacceptable? Tell them we want votes on ERPO, background checks, and other life-saving measures.

P.S. We hope we’re on your nice list! Please remember us in your end of year giving, and your donation will be matched.