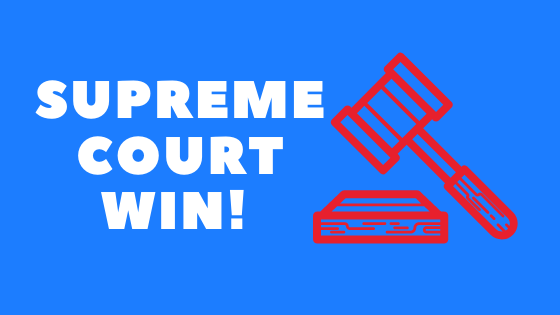 On Monday the U.S. Supreme Court handed down an unsigned opinion ruling 6-3 New York State Rifle & Pistol Association’s challenge to a former New York City gun law to be moot.
The New York State Rifle & Pistol Association, an affiliate of the NRA, challenged a New York City law that only allowed city gun owners to transport their firearms to and from their home and a shooting range. When the Association sued the city, the New York City Council and the New York General Assembly opted to broaden the new law to include transportation of weapons to secondary homes and tournaments. The U.S. Supreme Court, after considering the case, ruled that the challenge was moot since the city had eased the restrictions.
Although this victory was small, it was an important one, as this was the first Second Amendment case in more than a decade to reach the Supreme Court. With the current shift in the Court’s ideological make-up, gun violence prevention advocates were concerned that–even with New York City’s expansion of the law–the Court’s conservative majority would use the case as an opportunity to further undo gun safety laws on the books across the country.
While we averted a potentially devastating blow to strong gun laws in this case, there are more Second Amendment cases making their way to the U.S. Supreme Court. Justice Kavanaugh stated in his own opinion that he is interested in having the Court address the Second Amendment soon.
CeaseFirePA will remain vigilant and continue to work with our partners local and national to fight in the interest of public safety.