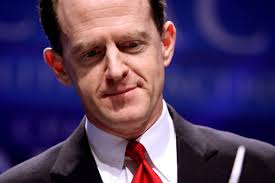 In a news article about our advocacy for S 42, the Senate version of the strong bipartisan background check bill that passed the House earlier this year, Senator Pat Toomey accused CeaseFirePA of “flip-flopping on bipartisan background checks.” The senator is wrong and seems upset that we are urging him to support S 42 as a stronger bill than his 2013 bill. But it’s our job to advocate for the strongest gun laws to make Pennsylvania safer.

The bill Senator Toomey would support leaves loopholes intact, weakens current gun laws, and even creates legal protections for private sellers, gun show organizers, and online marketplaces. The Bipartisan Universal Background Checks Act of 2019, S 42, is a strong bill that closes the loopholes in our system, ensuring that virtually all gun sales, regardless of the type of gun or the who the seller is, will require a background check.  Click here to see our full analysis of the two bills.

It’s our job to push our elected officials to stand up for the utmost safety of their constituents. Senator Toomey’s preferred bill (which hasn’t even been introduced)  does not go far enough to close dangerous loopholes while giving gifts to the gun lobby. It’s 2019 and we need the bill that will save the most lives, not a political gesture.

Senator Toomey accuses us of “partisan antics.” However, the House version of S 42 that passed had 8 Republican votes, including PA Rep. Brian Fitzpatrick.  We’ve thanked Senator Toomey, Rep. Fitzpatrick and other elected officials on both sides of the aisle when they’ve stood up for strong gun policies. And we’ve let Republicans and Democrats know when we’ve been disappointed with their votes.

That’s how it works: advocates and constituents ask elected officials to take bold stances. Sometimes they do, and sometimes they don’t. And then, we get to react.

Now we’re asking Senator Toomey to lead members of his party in supporting S 42 and urging Majority Leader Mitch McConnell to hold a vote. That’s not partisan antics; it’s our job and we’re going to keep doing it.