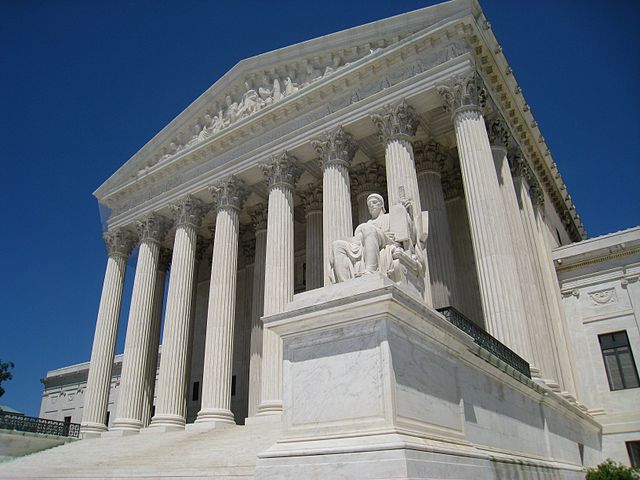 In a 6-2 decision today the Supreme Court ruled that a reckless domestic violence assault qualifies as a misdemeanor crime of domestic violence which bans individuals from owning or buying a gun under federal law.

“A person who assaults another recklessly ‘use[s]’ force, no less than one who carries out that same action knowingly or intentionally,” wrote Justice Elena Kagan, who authored the majority opinion. She was joined by Chief Justice John Roberts, as well as Justices Anthony Kennedy, Ruth Bader Ginsburg, Stephen Breyer and Samuel Alito.

Voisine v. United States was brought after two men in Maine lost their right to own or buy a firearm after being convicted of domestic violence misdemeanors. Lawyers for the two men argued that their crimes did not qualify for the federal gun ban because their assaults were committed recklessly, as opposed to knowingly or intentionally.

When a gun is introduced to a domestic violence situation, the chance of the woman being murdered goes up 500%.

The decision reaffirms our belief that an individual convicted of domestic violence should be barred from purchasing or owning a gun.
Read the full decision here.