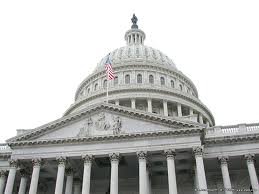 Philadelphia, June 27, 2016 – The issue of gun violence and how we can reduce its toll has taken center stage in the national debate since the horrific mass shooting in Orlando on June 12. Last week, CeaseFire Pennsylvania, a group that advocates for commonsense reforms to reduce gun violence, called on the candidates for U.S. Senate, Senator Pat Toomey and Secretary Katie McGinty, to pledge to support and advocate for five policy measures designed to help keep our communities safer:

2. A renewal and strengthening of the Assault Weapons Ban

3. A ban on high capacity magazines

5. Prohibiting those convicted of misdemeanor hate crimes from purchasing firearms

CeaseFire Pennsylvania urged the candidates: “You are seeking a leadership position where you can have a unique influence on federal gun policy.  We know from experience that sensible measures can dramatically reduce gun violence.  While any one measure will not prevent all harm, a combination of reasonable measures would save many lives.” The candidates’ responses to CeaseFire Pennsylvania highlight important differences in their policy positions.

Secretary McGinty pledged to support all five of the enumerated policies, explaining “The tragedy in Orlando. . . is further evidence that the United States is long overdue to pass legislation to keep guns – particularly military-style weapons and magazines – out of the hands of those who would use them to do harm.”  Regarding expanding background checks and closing the terror gap, she noted: “It makes no sense that we turn a blind eye to some gun sales but not others, and that we allow those who present enough risk to be barred from a commercial flight to buy weapons.”

Senator Toomey reiterated his support for the Manchin-Toomey background check legislation as well as for both his own and Senator Collins’ proposals to close the terror gap.  Senator Toomey rejected “outright bans on entire classes of commonly owned firearms,” noting that “They do not target criminals and terrorists. Rather they sweep in millions of law-abiding Americans and prevent them from exercising their constitutional rights.” Senator Toomey did not specifically address the issues of banning high capacity magazines or making hate crime misdemeanants prohibited purchasers.

We appreciate the candidates’ taking the time to outline and explain their policy positions. We are pleased that Secretary McGinty plans to work to enact all of the policies we enumerated.  While we appreciate Senator Toomey’s work for expanding background checks and closing the terror gap, we were disappointed in his votes last week against two strong bills that would have accomplished these goals.

Gun violence is a critical issue for Pennsylvania voters. We hope as the campaign continues, the candidates will continue to discuss this issue and inform the voters how they intend to work for creative, effective solutions.

CeaseFire Pennsylvania is the advocacy arm of CeaseFirePA, a statewide organization working with mayors, law enforcement, faith leaders, community organizations and Pennsylvanians taking a stand against gun violence. We work to reduce gun violence, stop the flow of illegal guns onto our streets, and keep guns out of the hands of those who should not have them.