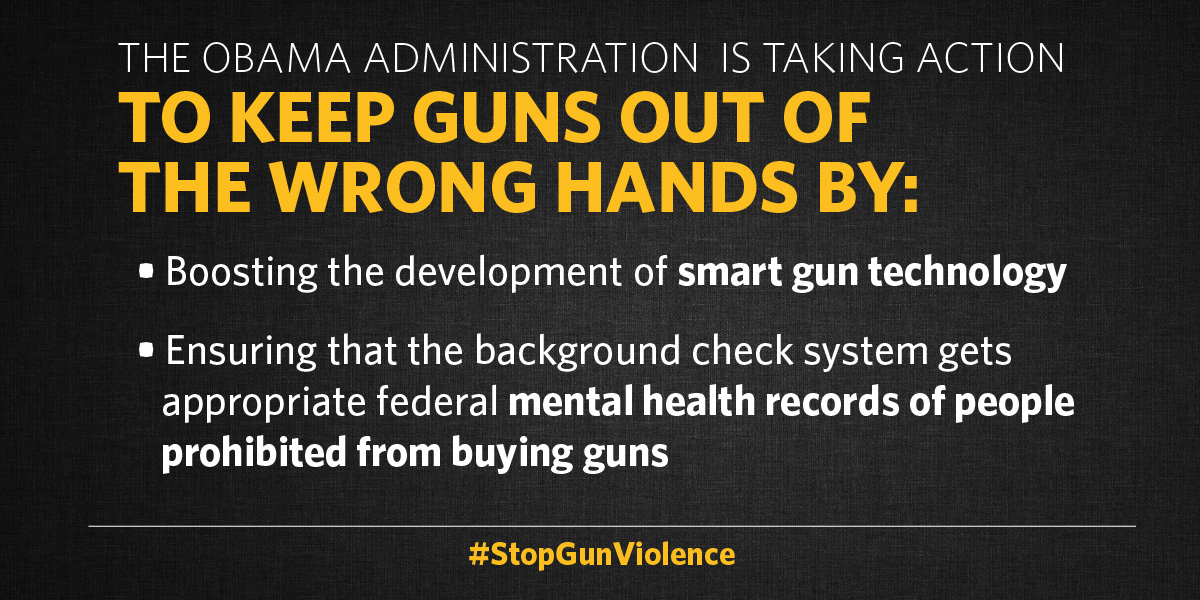 President Obama released a plan Friday to expedite the development of smart gun technology, including by identifying the requirements that smart guns would have to meet in order for law enforcement to purchase and use them effectively – and keep themselves and the public safer in the process. The President stated, “If we can set it up so you can’t unlock your phone unless you’ve got the right fingerprint, why can’t we do the same thing for our guns? If a child can’t open a bottle of aspirin, we should make sure that they can’t pull a trigger on a gun.”

The Obama Administration also announced a rule to ensure that federal mental health records about individuals prohibited from buying a gun are reported to the background check system. President Obama made clear that we do need to do a better job of ensuring that those who are already prohibited by law from buying a gun cannot obtain one. On Friday the Social Security Administration released a proposed rule to help ensure appropriate information in its records is reported to the background check system about individuals prohibited from buying a gun. The rule would also provide a way for people to seek relief from the federal prohibition on possessing a firearm for reasons related to mental health.