Why Are We Asking You to Thank a Cable Company? 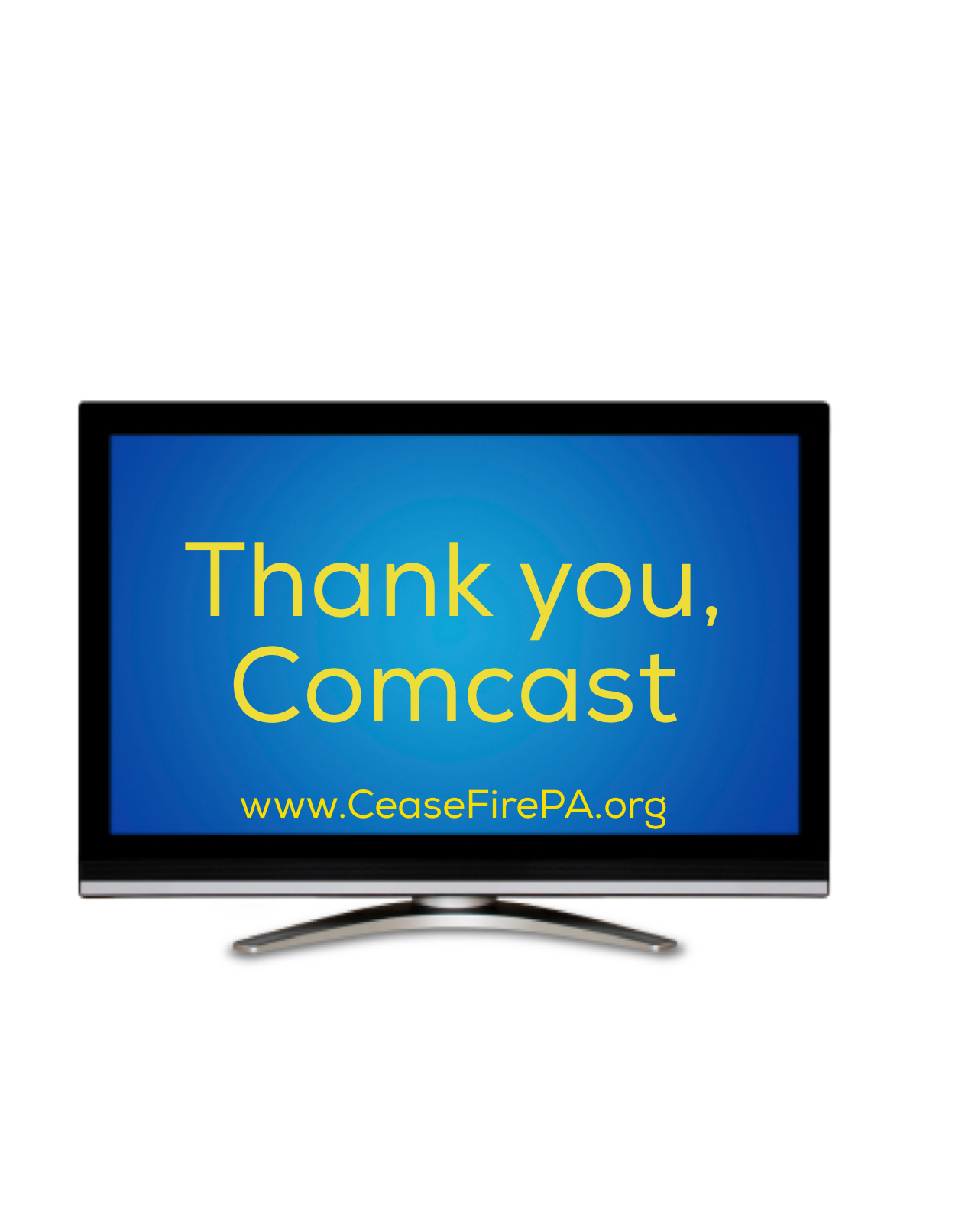 We know the gun lobby and the NRA will attack anyone who doesn’t agree with them. Well, their newest target is Comcast.
Yep. The cable company.
Here’s what happened: The NRA has a big gun show in Harrisburg once a year. They sent 2 ads for the event to Comcast. Comcast approved 1 but refused to run the other because it included images of children using guns.
You heard that right; they wanted to put images of kids with guns on TV. With over 18,000 children and teens injured or killed each year due to gun violence, this isn’t a joke. And we certainly shouldn’t be running ads that encourage the dangerous mixing of children and guns.
We applaud Comcast’s decision.
Even for a big company, it takes guts to stand up to the gun bullies. Can you take a minute and help us send Comcast a message thanking them for refusing to run ads featuring kids with guns?
Thanks!