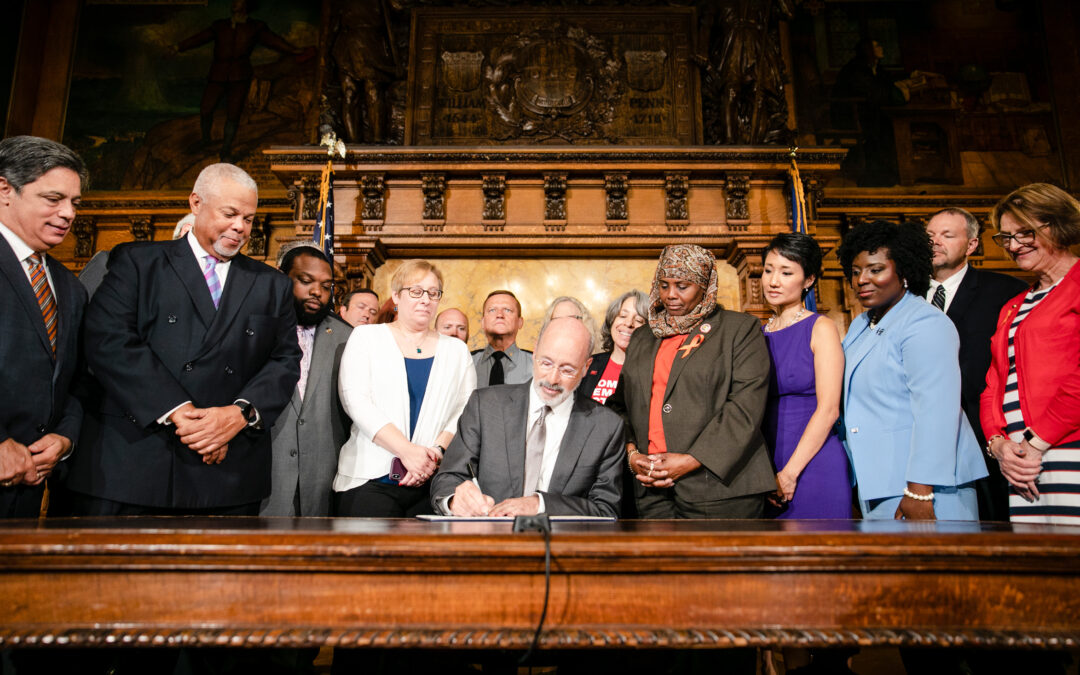 On Friday, Governor Tom Wolf signed a new executive order aimed at addressing Pennsylvania’s gun violence problem. Last year, Pennsylvania lost over 1600 people due to guns, from homicide, suicide, and unintentional shootings.  Suicides in PA have increased exponentially.  And, just this week, there were two mass shootings in Philadelphia, one in which 6 police officers were shot. We have a crisis, and it is critical that Governor Wolf is recognizing gun violence as a public health crisis and using the power of his office to take action to help address this severe problem.

The steps announced by the Governor include creating a new Office of Violence Prevention within the Pa Commission on Crime and Delinquency and the Division of Violence Prevention within the Department of Health.  The work of these offices will be critical in gathering and sharing data and bringing together leaders who can work collaboratively on solving our violence problem. The Governor’s focus on the different types of gun violence, including community violence, youth violence, domestic violence, and suicide recognizes the diverse nature of the problem and the need for a multi-faceted approach to developing and implementing solutions.
Shira Goodman, Executive Director of CeaseFirePA, said, “Governor Wolf is taking much-needed action that will dedicate the power and resources of the Executive Branch to fighting gun violence and making PA safer. We appreciate his actions today and echo his call for the legislature to do its part  and pass critical laws like Extreme Risk Protection Orders, background check expansion and granting cities the power to regulate firearms on city property.”