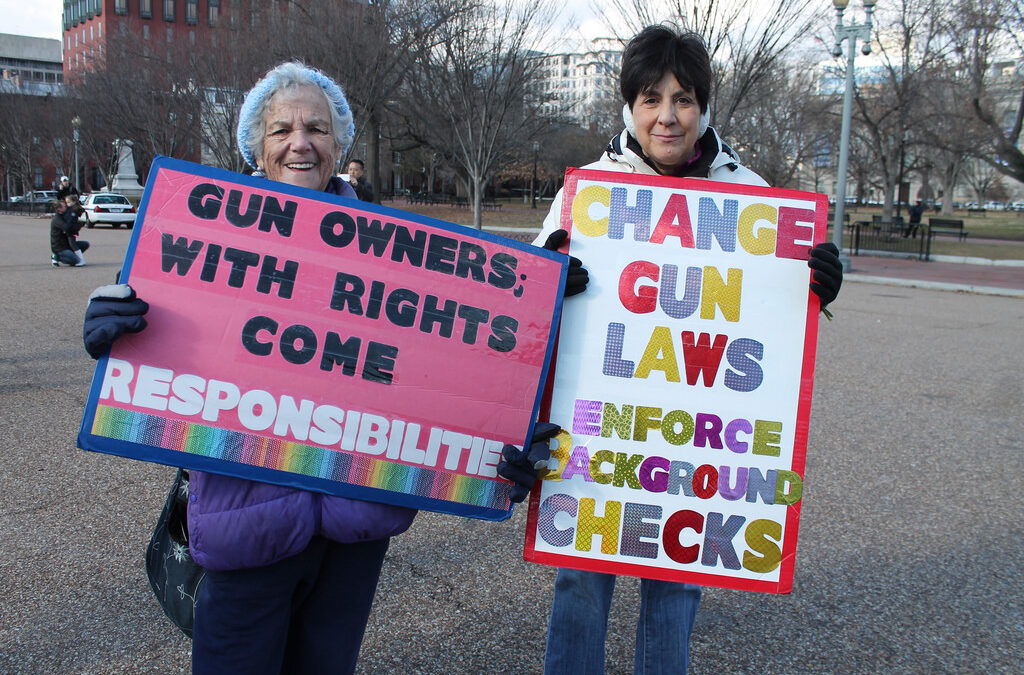 The bill was introduced on the 8th anniversary of the tragic Tucson shooting, which left 8 dead and 16 wounded. Among the wounded was former Arizona Representative Gabrielle Giffords, who has become a leading national advocate for common sense gun reform.

The federal background check law currently has some big loopholes. The law requires that all federally licensed dealers must conduct a background check, but regulation of private sales is left to the states.

This new bill would close up the loopholes created by the current system.  Background checks would begin to be implemented for all private sales of firearms, requiring them to be conducted for sales done on the internet (on websites like Armslist.com), as well as at gun shows.  Additionally, the sale of all types of firearms would also require a background check.

The current measures taken by our federal government do not do enough to keep firearms out of the hands of those who should not have them. Make sure that you write to your member of congress, asking them to support this bill. We’ve made it really easy, just click on this link.