HR 8 Passed Out of the House of Representatives! 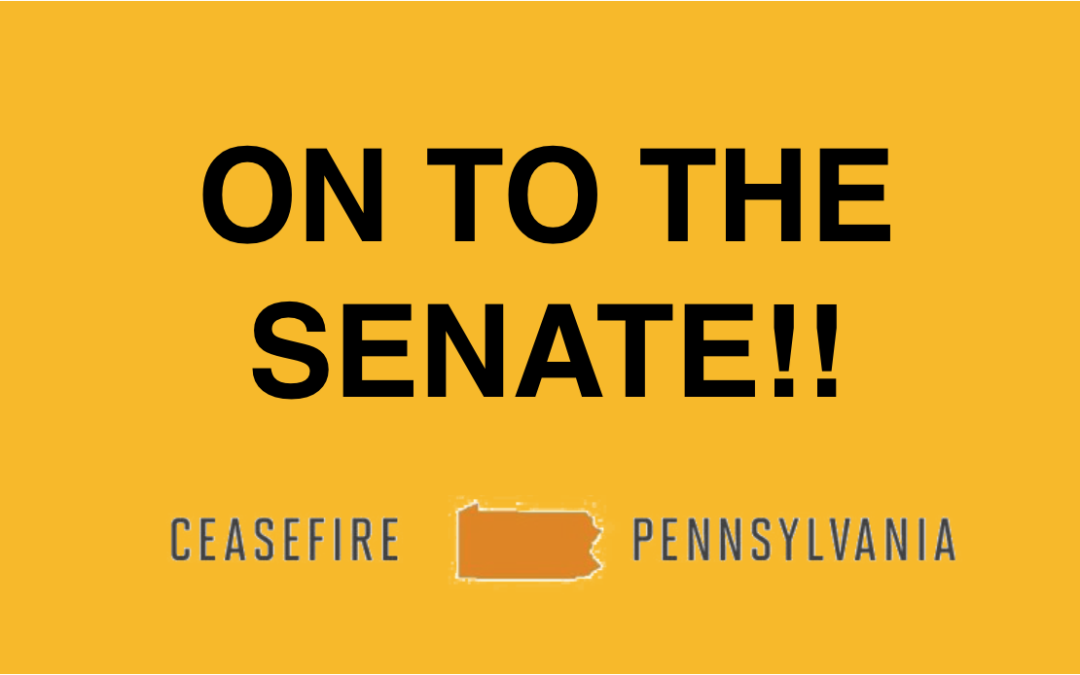 background checks. The vote was 240-190. 8 Republicans, including one

from PA, voted yes.  Only two democrats voted no.  Here is how the Pennsylvania delegation voted:

HR 8 fills many of the gaps left by the 1994 background check bill, and will

in person, at gun shows, etc). This is a very big deal, and a much

Manchin and Toomey was the goal. One note, the bill passed with a bad anti-immigrant amendment

that requires some information sharing with ICE. The goal will be to get a final bill without it.

Now, there’s an effort to pass the Senate version SB 42.  We’ll be

focused on Senator Toomey. However, getting it moving in the Senate at all

will be tough, especially because the President has already threatened

a veto. So, there is much work ahead. But make no mistake, this is a

big deal, and the first bill to pass out of either chamber in years!

Please thank your Rep for voting yes, and if your Rep voted no, let him know how out of touch he is!