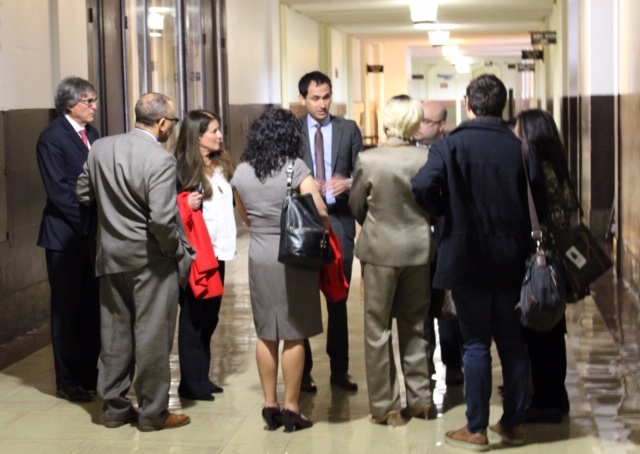 According to a local court, Philadelphia has the power to enforce a local law requiring gun owners to report lost or stolen firearms within 24 hours, reducing the supply of guns often used in criminal activity. This welcome news could not come at a better time, as Philadelphia has lost more than 400 residents’ lives to shootings.

On November 12th, Pennsylvania Court of Common Pleas Judge Wright denied Rashad Armstrong’s request for a permanent injunction against the law. The City of Philadelphia had filed a civil suit against him for failing to report a gun as missing in April 2018. That weapon was later found during a traffic stop in Lancaster in the possession of a man who was legally prohibited from owning a firearm.

CeaseFirePA Education Fund, along with the Philadelphia Anti-Violence/Anti-Drug Network, Mothers in Charge, and two mothers who lost their sons to gun violence, Kimberly Burrell and Freda Hall, opposed the permanent injunction. They were represented in the hearing by the Public Interest Law Center and Saul Ewing Arnstein & Lehr. CeaseFirePA Education Fund will continue to defend the law against any future appeals

“Gun violence is a public health crisis. Firearm owners can save lives by responsibly reporting if their weapon has gone missing,” said Adam Garber, CeaseFirePA Education Fund’s Executive Director. “Usually, people who do not want to make that potentially life-saving call to local law enforcement are black market gun sellers trying to escape consequences. Now Philadelphia has a tool to hold them accountable.”

This law is designed to reduce the flow of illegal firearms, many of which are then used in crimes. According to a recent study, over the course of a decade, the number of guns stolen from individuals increased by 60 percent. And a separate study found that nearly one-third of crime guns recovered in Pittsburgh were said to have been stolen.